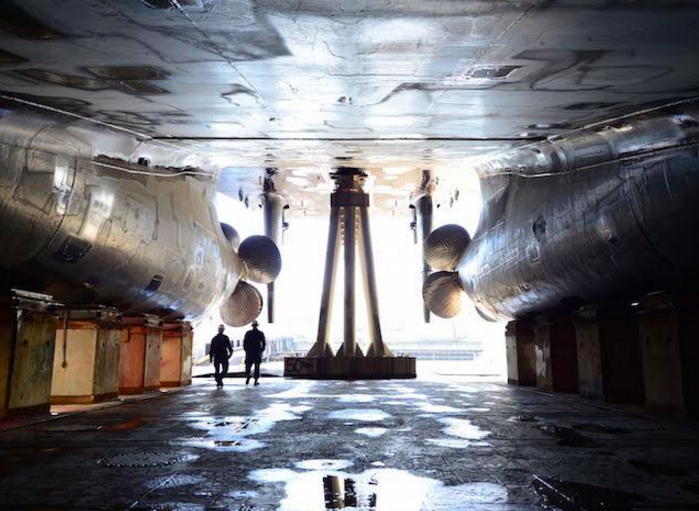 Jobless rate jumps for recent veterans
Recent veterans took a hit in the job market in March. The unemployment rate of veterans who served in the U.S. Armed Forces after September 2001 jumped to 6.3 percent from 4.7 percent a month earlier. That’s the highest level since April 2015. | AP >>

VA scandal: ‘Drastic’ proposal stirs fears of privatizing veterans’ care
A proposal to make “drastic changes” in the medical-care system for U.S. military vets has created a rift within the federal commission appointed to come up with reform plans for the beleaguered Department of Veterans Affairs. Some members of the VA Commission on Care last month issued a so-called “Strawman Document” asserting that the Veterans Health Administration “is seriously broken and, because of the breadth and depth of the shortfalls, there is no efficient path to repair it.” | Arizona Republic >>

Corruption, fed by U.S. actions during the war, is the biggest obstacle to rebuilding Afghanistan, the head of a government watchdog agency has warned. | Stars and Stripes >>

The US government spent $86 million over seven years developing a counternarcotics surveillance aircraft for Afghanistan, but the plane has never carried out a mission and is sitting idle in Delaware, a watchdog said on Wednesday. | Reuters >>

Gunmen have kidnapped 15 anti-land mine workers in western Afghanistan and a military operation is underway to rescue them, officials said Saturday. The incident happened Friday evening in the Kohsan district of Herat province, which borders Iran. All the hostages were Afghan nationals employed by the non-governmental HALO Trust mine clearing organization, said provincial government and police officials. | Voice of America >>

The top United Nations official in Iraq has expressed concern over the continuing acts of violence in the country, which last month took 1,119 lives and injured another 1,561 – according to casualty figures recorded by the UN Assistance Mission for Iraq (UNAMI). | UN News Centre >>

As ground forces push west across Iraq in the fight against the Islamic State group, civilians are increasingly caught in the crossfire. Iraq’s elite counterterrorism forces say an estimated 20,000 civilians are trapped in the small western town of Hit, where Iraqi forces have recently relaunched an offensive aimed at cutting critical IS supply lines to neighboring Syria. | AP >>

A Sikh-American Army officer and combat veteran will be allowed to serve with long hair, a beard and a turban in keeping with his Sikh faith, the U.S. military announced Friday. | Washington Times >>

A Marine female engagement team recently wrapped up a mission in Kuwait where they trained members of an elite security force tasked with protecting some of that country’s highest-profile women. | Marine Corps Times >>

It’s a bad idea to have a rage-filled meltdown on an airplane full of Marines. Staff Sgt. Timothy Bell was one of four active-duty Marines and two retired leathernecks who were called on to restrain an out-of-control passenger Tuesday on a United Airlines flight from Honolulu to Tokyo. | Marine Corps Times >>

Chad Jukes lost part of his right leg after a roadside bomb explosion in Iraq in 2006. The same happened to Thomas Charles “Charlie” Linville when he was Marine in Iraq in 2011. Now Jukes, a former Army reserve staff sergeant, and Linville want to defy their disabilities in the most extreme way — by climbing the highest mountain in the world within the next two months.  They could be the first combat amputees to reach that summit. | USA Today >>

Skilbeck is one of 50 female veterans coming together this weekend in a conference put together by The Mission Continues, an organization that connects veterans with public service projects. The conference aims to bring together the women — all volunteers with The Mission Continues — to share their unique experiences, inspire them with some strong role models and help them learn new skills. | AP >>

Army Sergeant Major Jesse Acosta has received notification from the VA that his benefits for a caregiver are ending in 90 days, at the end of May. The letter he received from the VA states “he is no longer appropriate for the Program of Comprehensive Assistance for Family Caregivers.”  They say they are pleased to inform him of this. | Huffington Post >>

Senate negotiators are expected this week to unveil new employment rules for senior executives at the Department of Veterans Affairs, but a pair of prominent lawmakers already want the law to go even further. | Military Times >>

The Veterans Affairs Department has discovered claims processing errors affecting about 14,000 veterans and survivors — a problem that goes back as least 15 years. The errors occurred when veterans and survivors filed claims but, because of disability or age, were deemed unable to manage their benefits without assistance, VA officials said. The VA then failed to appoint a representative for the veteran, a family member in most cases. | Stars and Stripes >>