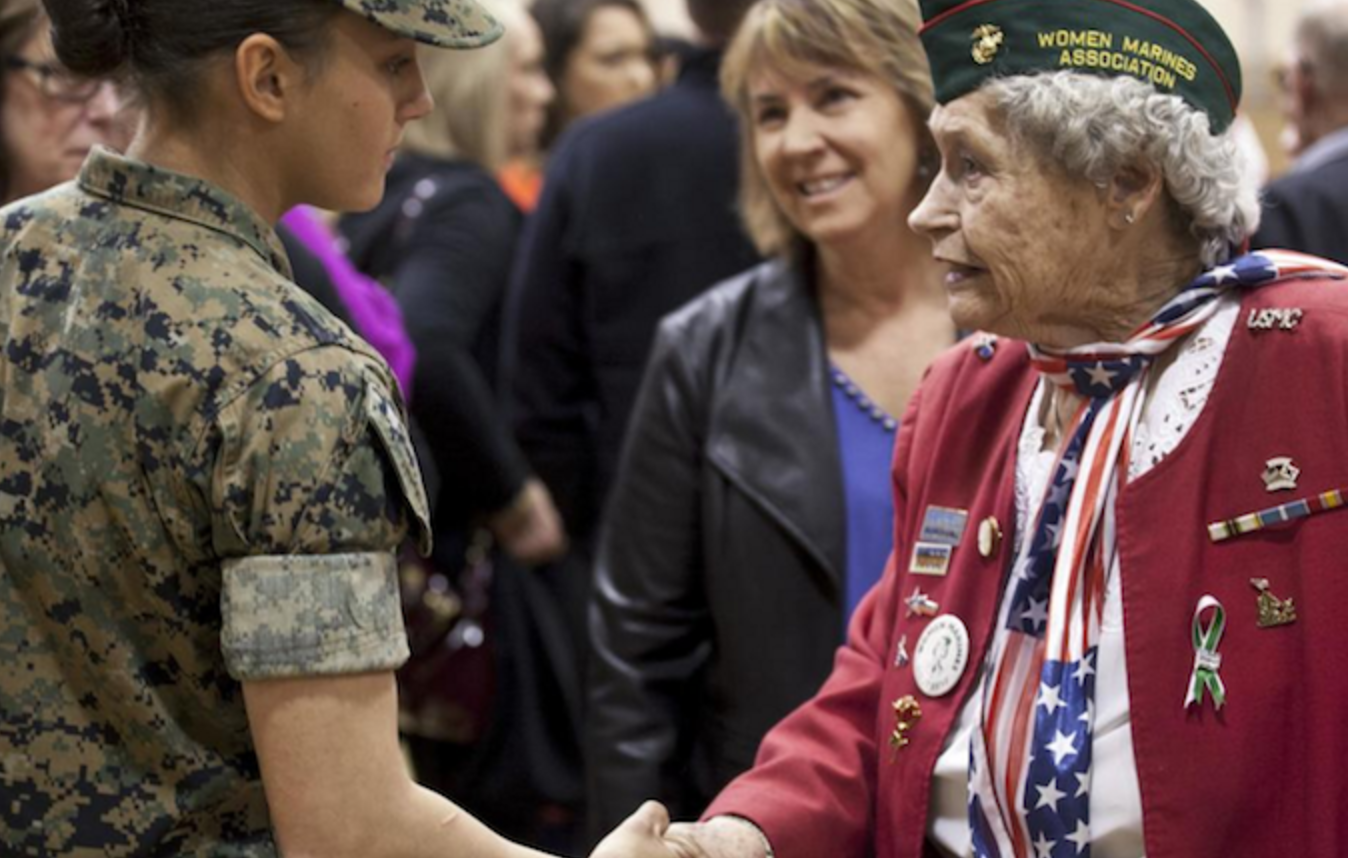 There are more than two million women veterans in the U.S. today, and women veterans who are homeless are the fastest-growing group of veteran homeless. Yet if you ask the average American – even the average veteran – to describe a homeless veteran, you’ll quickly hear an almost universal description. The picture most of us seem to carry in our minds is of a grizzled older white male who served in Vietnam, has chronic mental health and/or substance abuse issues, and can be seen panhandling at an intersection with a cardboard sign. The trouble with that picture, besides the fact that it’s become a cliché, is anyone who doesn’t present that way – specifically, women veterans who are homeless – are increasingly left out of the picture. | The Huffington Post >>

Dr. Dale Klein may be the highest-paid U.S. government employee who literally does nothing while he’s on the clock. A highly rated pain management specialist at the Southeast Missouri John J. Pershing V.A., Klein is paid $250,000 a year to work with veterans, but instead of helping those who served their country, he sits in a small office and does nothing. All day. Every day. | Fox News >>

“What we found in our analysis of their paperwork was that in 2016 the [VA] said they had not, were not experimenting on any dogs. Didn’t turn out to be the case. What we found was that they were indeed experimenting on these dogs. We’re talking about experiments involving high levels of pain and distress unrelieved with anesthesia or pain relief.” | WJLA >>

Yet as a marker for big institutional buyers like hedge funds and sovereign wealth arms, Fitch’s vote of confidence could mark the start of a broader shift among investors about Iraq’s long-term potential. The upgrade could be pivotal for a country still considered besieged, but considered by a handful of savvy market watchers to be a potential diamond in the rough. | CNBC >>

At least two provincial officials who spoke on condition of anonymity because they were not authorized to speak with the media, confirmed that nine civilians, including two children, three women and four men from a single family were killed the explosions caused the roof of their house to collapse. | The Washington Post >>

A territorial dispute in northern Iraq threatens to disrupt oil output at a field containing as much crude as Norway, even as U.S.-backed forces prepare what could be a decisive blow against Islamic State militants in the nearby city of Mosul. Kirkuk, where Iraq first discovered oil in 1927, can produce more than 1 million barrels a day but is pumping at less than half its capacity while competing ethnic and political groups scramble to control its 9 billion barrels of reserves. | Bloomberg >>

The Air Force also said last June that it had agreed to turn off outside lights from April through December, when birds are going to and from colonies. But the Center for Biological Diversity threatened legal action at the end of June, saying the Air Force was violating the Endangered Species Act by not updating its formal consultation about seabirds with the Fish and Wildlife Service. | US News and World Report >>

The Expert Action Badge would test general soldier skills, Sergeant Major of the Army Dan Dailey told Army Times, similar to how the EIB and EFMB test core infantry and combat medic proficiency outside of deployments. “I want to build individual skills,” Dailey said. “The reason why we have an EIB and EFMB is so those two fields can maintain their skills during peacetime.”  | Army Times >>

“Heating the material above the softening point, around 100 degrees Celsius, melts the small crystallites, enabling the fracture surfaces to meld together and reform via diffusion,” said Dr. Mike Roland, senior scientist, NRL Soft Matter Physics. “This can be accomplished with a hot plate, akin to an iron, that molds the newly forming surface into a smooth, flat sheet with negligible effect on integrity.” | Navy Times >>

“Returning,” a documentary about Sarasota and Manatee counties’ Veterans Treatment Court, is screening Tuesday at the iconic venue as part of the Sarasota Film Festival. The roughly 30-minute film was made as part of Veterans Filmmaking Academy, a program created by the festival and New York nonprofit Project Rebirth, in which veterans learn to make movies with the help of professional filmmakers. | Herald-Tribune >>

Snowy weather reduced the field of runners from the 160 who registered but the sixth annual “Run as One” event proceeded as scheduled Saturday morning. Organizers created the event in 2012, a year after the suicide of Marine veteran Clay Hunt, 28, a veterans advocate who was wounded in Iraq and received a Purple Heart.  | KRDO >>

Here is one great example. While speaking with Colin Supko, a former Navy SEAL Commander, I realized that his tours in Iraq and Yemen, in conjunction with his intense training, more than equipped him with the tools to drive through adversity. He’s building a peer to peer marketplace, called Patriot List, where safety is crucial. Identities are verified as part of a trusted personal network of buyers and sellers. | Tech.co >>