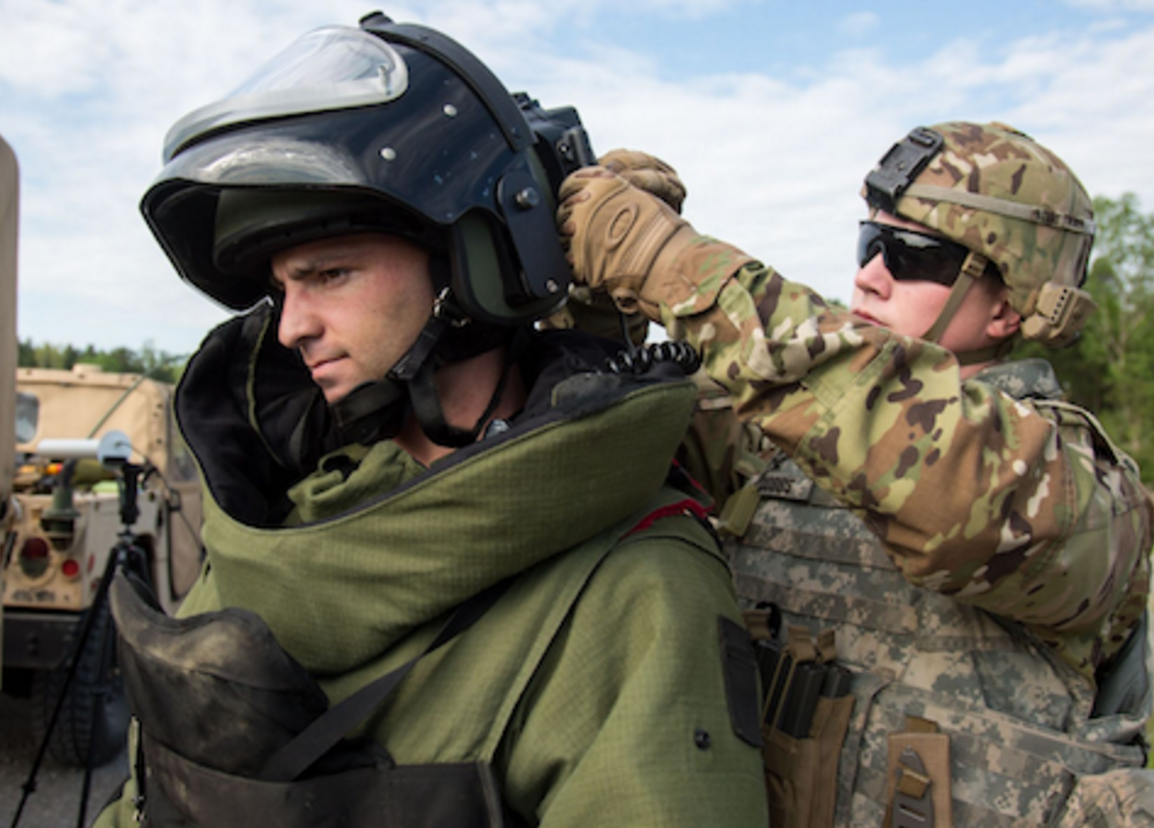 After Combat Stress, Violence Can Show Up At Home
Stacy Bannerman didn’t recognize her husband after he returned from his second tour in Iraq. “The man I had married was not the man that came back from war,” she says. | NPR >>

Camp Phoenix has been turned into a large and heavily fortified drug rehabilitation center. Walls that once kept the Taliban’s bombs out, now keep those struggling with heroin addiction in. | CNN >>

In 2013, Prince Harry shocked reporters with a candid assessment of the five months he had spent supporting ground troops as an Apache helicopter pilot during his second combat tour in Afghanistan. | Task and Purpose >>

Unknown gunmen in police uniforms have kidnapped a female foreign aid worker from Jalalabad in eastern Afghanistan. | Voice of America >>

No matter where you turn when covering the Islamic State’s two years of terror in Iraq and Syria, one name repeatedly crops up: Tal Afar | Defense One >>

Defense Secretary Ashton Carter said Wednesday the U.S.-led coalition in Iraq will be ready to begin the long-awaited assault on Islamic State’s base in Mosul by June, but warned lawmakers that proposed Capitol Hill cuts to the Pentagon’s budget could undermine that effort and other operations worldwide. | Washington Times >>

The Air Force will likely have high-speed, long-range and deadly hypersonic weapons by the 2020s, providing kinetic energy destructive power able to travel thousands of miles toward enemy targets at five-times the speed of sound. | Scout >>

You might assume the Navy spends most of its weapons budget on its fleet of aircraft carriers, submarines, destroyers and other ships. But you would be wrong. | Government Executive >>

More than 700 cyclists, including nearly 175 disabled veterans, rode two routes — either 110 miles from Arlington, Virginia, or 120 miles from Valley Forge, Pennsylvania, — and met up in Gettysburg, Pennsylvania, as part of World T.E.A.M. Sports’ annual “Face of America” ride. | Defense.gov >>

A new play premieres Thursday night at the Yale Cabaret that brings together Iraqi and Afghan refugees and U.S. veterans who tell their stories. | WNPR >>

Coffee has proven to be a staple for students and those in the workforce trying to kick start their day, but for service members in combat, coffee can be a way to stay alert in life-threatening situations. | NBC Houston >>

Rare arguments before the highest military court in the land Wednesday came down to whether a Marine’s refusal to obey orders to remove signs from her desk containing a biblical passage were her exercising her right of religious freedom or just plain insubordination. | Stars and Stripes >>

The Pentagon is due to release a report on an internal investigation into one of the most infamous episodes of the war in Afghanistan: a special operations airstrike on a hospital in the north of the country last year that left 42 civilians dead. | The Guardian >>

Women will have to register with the Selective Service and would be eligible to be drafted in the military, under a provision narrowly approved by a House panel on Wednesday. | Military Times >>