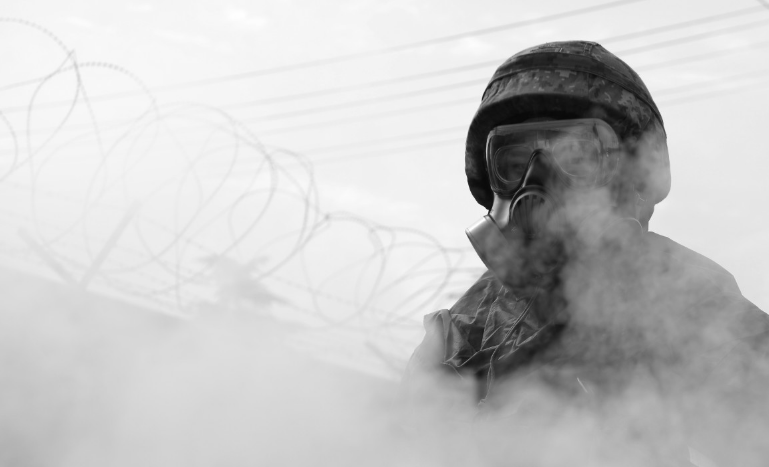 Few organizations are as large or complex as the Department of Veterans Affairs, an agency with more than 300,000 employees and a mission to provides benefits, health care and other services to millions of veterans each year. Rocked by a series of scandals and disability claims backlogs two years ago, VA’s brand suffered as did its perception among veterans-VA ranked among the worst-performing brands in Forrester’s Customer Experience Index. Then-Secretary Robert McDonald responded by creating a customer service wing within the agency, headed by its first-ever chief veteran experience officer, Tom Allin. | Defense One >>

“Though nothing will ever be able to bring back those we have lost, this will serve as a tribute to the brave men and women and their loved ones who have sacrificed in the defense of our freedom and who fight for those across the globe who do not have those same freedoms,” said Ernst, an Iraq War veteran. “It is my hope that this memorial will serve as a place of healing and reflection for servicemembers, veterans and the families of our fallen, as well as a reminder of the heroic acts of many for generations to come.” | Stars and Stripes >>

President Donald Trump plans to sign an executive order creating an accountability and whistleblower protection office at the Department of Veterans Affairs. Trump, who made improving veterans’ care a prominent issue as he campaigned for office, was issuing the order Thursday while visiting the VA. It will create a new Office of Accountability and Whistleblower Protection in the department. The eventual head of the office will report directly to VA Secretary David Shulkin. | ABC News >>

Two U.S. service members were killed late Thursday and a third was wounded when they came under attack during a raid against Islamic State fighters in southern Nangarhar province, Afghanistan, a Defense Dept. official confirmed to Fox News. The soldiers were battling ISIS-K in partnership with Afghan defense forces in the same area where the “Mother Of All Bombs” was dropped earlier this month. | Fox News >>

Iraq on Friday will try to sell a supertanker of Basra Light crude oil via auction on the Dubai Mercantile Exchange, in a move observers say is a response to intensifying competition with rival producers following a three-year slump in prices. The method of selling the 2m barrel cargo marks a sharp break from the traditional long-term supply deals the Middle East’s biggest producers have relied on to sell their oil to traders and refiners, and comes as they remain locked in a battle to find new ways to get the best price from customers. | Financial Times >>

The vice president, the former warlord Gen. Abdul Rashid Dostum, remains under de facto house arrest because of a criminal case against him and his bodyguards who have been accused of abducting a political rival and torturing and raping him. But the case has hit a wall, and the vice president seems to be using a vulnerable moment for Mr. Ghani to settle it on the streets rather than the courts. | The New York Times >>

President Trump has delegated to the Pentagon the authority to set the American military troop levels in Iraq and Syria. The move restores a process that was in place prior to the Bush and Obama administrations and is another sign of how the White House is giving military commanders greater flexibility in their operations. “The President has delegated the authority for Force Management Levels (FML) for Iraq and Syria to the Secretary,” said Captain Jeff Davis, a Pentagon spokesman, referring to Defense Secretary Jim Mattis. | ABC News >>

When you’re about to hop on an airplane for a well-deserved holiday, it’s nice to know what kind of weather you can expect; but for a pilot, having a detailed analysis of the weather is crucial in order to conduct a safe flight. This is why the airmen of the 18th Operations Support Squadron weather flight are always here to keep pilots updated on the weather forecast, making sure they’re prepared to work around everything Mother Nature throws at them during the mission. (Photo Right) | Department of Defense >>

The senior U.S. Navy officer overseeing military operations in the Pacific said Thursday that the crisis with North Korea is at the worst point he’s ever seen, but he declined to compare the situation to the Cuban missile crisis decades ago. “It’s real,” Adm. Harry Harris Jr., commander of U.S. Pacific Command, said during testimony before the Senate Armed Services Committee. | Military Times >>

From April 28 to 29, two men – Nick Janowitz, a Navy veteran, and Jeremy Miller, who is reportedly joining the Navy – will attempt the unnecessary, and for a good cause. The event, hosted by nonprofit organization Pull-Up Bars for Patriots, will take place in the town of Elmhurst, Illinois, and all proceeds will go to erecting permanent memorials to fallen service members – in the form of pull-up bars. | Task and Purpose >>

Mostly they just chat – about the roots of trauma, forgiveness or anything else that’s on their minds. “We just start to talk about stuff like guilt, what they saw, what they experienced,” Mylin said. He was recruited to lead Reboot’s Centre County contingent by Paul Lansberry, a veteran who faced challenges of his own after returning from duty in Iraq. (Photo Right) | Centre Daily News >>

The founders of Chicago startup Rumi Spice have been to war. But the thought of facing a panel of celebrity investors had them quaking, said Kimberly Jung, who, along with co-founders Emily Miller and Keith Alaniz, will appear on the May 5 episode of “Shark Tank.” “All three of us are military vets and have been in combat,” Jung said. “But walking into the tank was one of the scariest things we’ve ever done.” | Chicago Tribune >>