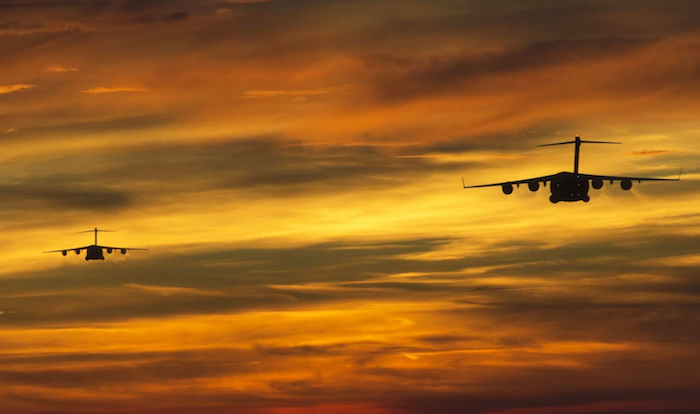 A Crash Course on Combat Leadership: Shut Up and Listen
I was as green as it gets. I was sitting as a new platoon leader for Delta Company in the Kunar Province out of Eastern Afghanistan. As an officer, I was in charge of a group of 24 men. I was trusted to make decisions that would impact the lives of all these men. I was at war, and I was scared. | Linkedin >>

Here’s Why Veterans Make Great Tech Startup Founders What is noticeably missing from the ranks of most top-tier tech companies in the United States is the presence of military veterans. | Task and Purpose >>

Taliban suicide bomber accidentally triggers explosives early, killing himself and eight other would-be martyrs at their base. | Daily Mail >>

Bullet-ridden bunkers and signposts shredded by rockets bear witness to dozens of Taliban attacks this month on police posts around Kunduz, the northern Afghan city that fell briefly in September in the insurgents’ biggest victory to date. | Reuters >>

The Islamic State (ISIS) militant group is covering up the streets of Raqqa using sheets tied across the tops of shopfronts and residences in a bid to protect against deadly drone strikes on its fighters, according to activists and the U.S.-led coalition. | Newsweek >>

Prime Minister Haider al-Abadi desperately tried to steer his country out of political turmoil on Tuesday, partially reshuffling his cabinet amid stepped-up pressure as thousands of protesters threatened to storm parliament. | Stars and Stripes >>

The chairman of the Joint Chiefs of Staff recently visited a firebase in Iraq to award Purple Hearts to four Marines injured in a March rocket attack carried out by the Islamic State group. | Marine Corps Times >>

The number of Marine Corps aircraft ready to fly on any given day has plummeted in the last seven years, leading to serious questions about the safety of the service’s aircraft as leathernecks continue to wage war on terrorists and respond to crises around the world. | Military Times >>

The Air Force has sent a dozen airmen to Ecuador over the last week to help with relief efforts after a devastating 7.8 magnitude earthquake. | Air Force Times >>

The U.S. has adopted a unique Israeli battlefield tactic in its fight against ISIS: exploding a missile above a building to warn civilians inside that it’s about to be bombed. | CNN >>

Veterans Treatment Court, a Cumberland County program that helps veterans avoid jail time and rebuild their lives, celebrated its first graduate Tuesday night. For the men and women who serve and fall on hard times, the program serves as a second chance. | WRAL >>

When Justin Bond of Hanford recently brought five men to Bass Lake for a retreat, they received more mountain hospitality than they could have ever thought possible. | Sierra Star >>

When Michael Roggio took his first steps after being told he would not walk again, he went to the bathroom. He stood in front of the mirror and, nervous about the revelations in his reflection, hesitated to look. | Military.com >>

Matthew Holmes was just 22 when he died of a heroin overdose while living in a Veterans Administration group home in January. His parents traveled to Plymouth Tuesday to lend their support to proposed legislation that aims to curb veteran opioid abuse through increased intervention and education of VA doctors. | The Patriot Ledger >>

The House passed a bill Tuesday requiring the Department of Homeland Security to use testimonials from former extremists and other social media messages to combat “Hollywood-style propaganda” used by the Islamic State and other militant groups to recruit new members. | Fox News >>

The draft version of the fiscal 2017 National Defense Authorization Act prepared by House Armed Services Committee Chairman Mac Thornberry would provide funding for 3,000 more troops than were asked for in the president’s budget request. | Military.com >>