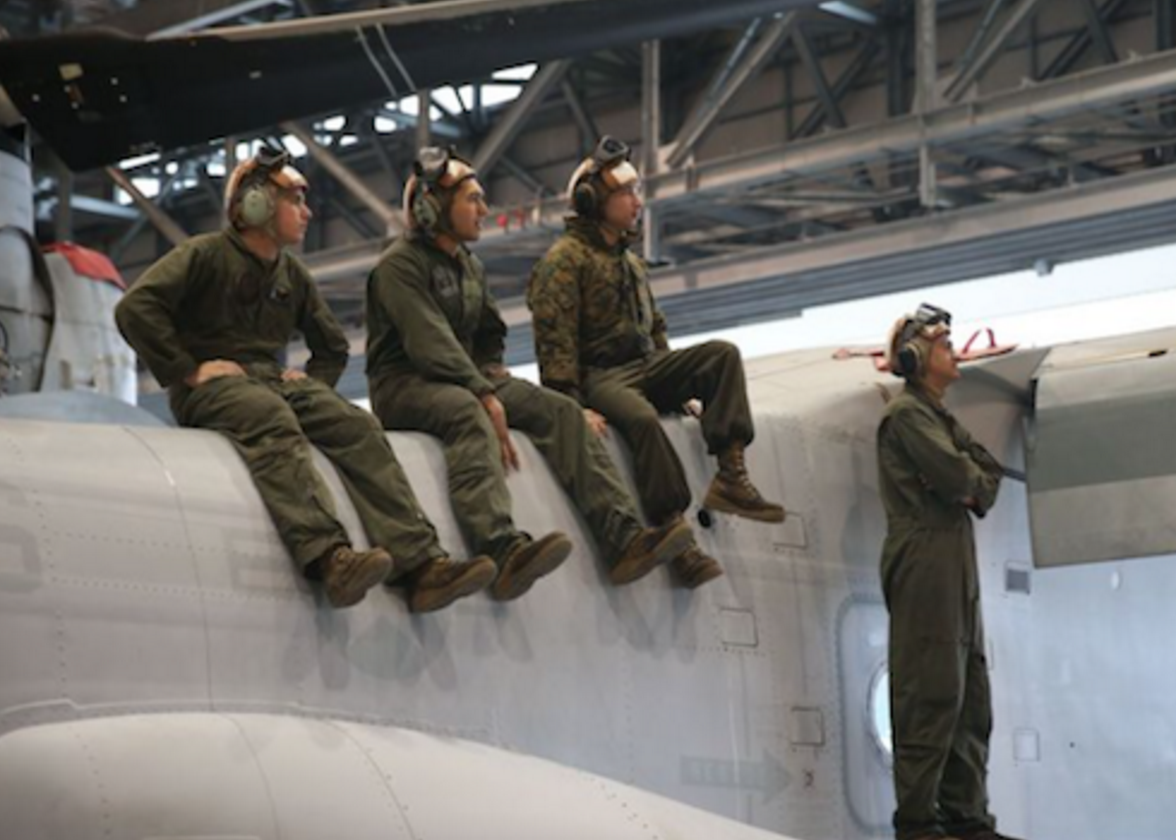 IAVA Applauds Sen. Ayotte as First Senator to Oppose Cuts to GI Bill
“Our troops – and their families – make great sacrifices every day in their service to our country, and we have a responsibility to deliver on the promises we made to them in return.” | IAVA >>

How VA’s Million Veteran Program is supporting the precision medicine movement
This fall, the Department of Veterans Affairs expects to mark a major milestone in our effort to collect DNA and health data from 1 million Veterans when we enroll the 500,000th volunteer in our Million Veteran Program, making it one of the world’s largest genomic cohorts. We expect to reach our enrollment goal in the next few years. | Bloomberg Government >>

Hormone Deficiency Common in Veterans With Concussion
Hormonal changes, which are often linked to blast-related concussions leading to problems such as sleep disturbances, fatigue, depression, and poor quality of life, may be prevalent in US military veterans, according to results from a new study conducted in male US service members who had been deployed to Iraq or Afghanistan. | Neurology Advisor >>

As first vice president of Afghanistan, Abdul Rashid Dostum is the second-ranking official in a country that is almost wholly dependent on American military and financial might, and he is eager to visit Washington and discuss how best to overcome the Taliban. | New York Times >>

An Afghan Taliban delegation has arrived in Pakistan to meet officials in a bid to restart a stuttering peace process with Kabul, Afghan officials and Taliban leaders said on Tuesday, although it was unclear who the delegation was meeting. | Reuters >>

One of the main supporters of women’s sports in Afghanistan is the American government, which spends $1.5 million a year on coeducational sports programs — not counting a $450,000 cricket grant that officials took back when they realized no women’s cricket was being played. | New York Times >>

Iraqi forces, backed by American airstrikes and advised by American officers, have been making strides in Anbar Province, slowly taking back territory from the Islamic State. But in Falluja, a city in Sunni-dominated Anbar that has been in the hands of the Islamic State longer than any other in Iraq or Syria, civilians are starving as the Iraqi Army and militias lay siege to the city. | New York Times >>

“My son’s brain was changed and most of the kids were saying to their families ‘Go, we will stay’,” she said, declining to give her name. “Until the last moment before we left, my son was saying ‘I will not come with you’.” | Reuters >>

“Having a ‘fight-tonight-mindset’ is at the heart of what Army readiness is about,” a Fort Bragg general told more than 500 military communicators, information-technology professionals and Soldiers during an April 19-21 symposium in Fayetteville, N.C. “Our whole warfighting concept across the U.S. Army is about rapid deployment, expeditionary operations in a very austere environment.” | Army >>

General Lori Robinson moved a step closer Tuesday to becoming the head of U.S. Northern Command. The Senate Armed Services Committee approved her nomination, which will be voted upon in the U.S. Senate, and, if confirmed, Robinson would be the first woman to ever serve as a combatant commander. | The Atlantic >>

The U.S. Coast Guard may be disadvantaged by limited access to unmanned aerial systems, commonly known as drones, according to a Republican lawmaker and former Marine. | The Washington Free Beacon >>

Off Route 3 in New Hampshire’s northernmost town, if you take a right on a dirt road, and then a left on a smaller dirt road, you might find it, too. These days the getaway camp has evolved into a sanctioned nonprofit called Warriors at 45 North, with a bunkhouse for visitors that come from near and far. | Concord Monitor >>

Without his eyesight or experience, U.S. Marine Corps veteran Kevin Jackson said he would be damned if he didn’t climb Mount Yonah in the Chattahoochee-Oconee National Forest. | Gainesville Times >>

When Matt Paulk was a kid growing up in rural Georgia, you could usually find him dangling from somewhere high above the ground. Whether it was the rope-lashed tree fort he and his friends built or climbing to the tippy top of the 50-foot pecan trees, he loved getting up into the high places. | Military Times >>

The proposal is part of sweeping personnel reforms included in the House Armed Services Committee draft of the annual defense authorization bill, unveiled Monday. It’s also a rebuke of what some congressional leaders see as “top-heavy command headquarters” with more support staff than they need. | Army Times >>

Seeking to halt an erosion of the U.S. military’s combat readiness, a senior House Republican unveiled legislation Monday that would boost the defense budget by billions of dollars to pay for additional ships, jet fighters, helicopters and more. | Associated Press >>

Last week, House Armed Services Committee officials unveiled plans for a 2.1 percent pay raise for service members as part of the annual defense authorization bill. The move would be 0.5 percent above the Pentagon’s pay raise request and cost an extra $330 million in fiscal 2017 alone. | Military Times >>