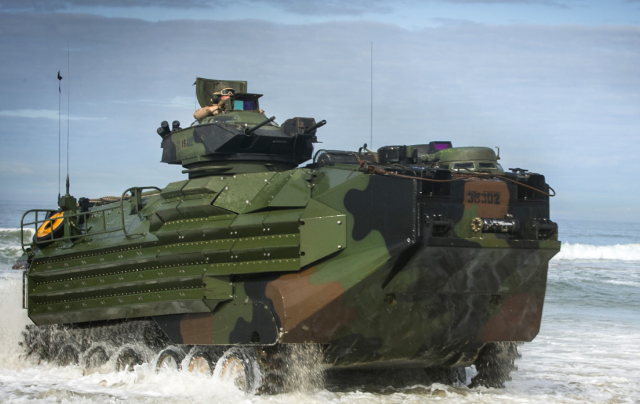 A proposal in Congress would impose a new $2,400 fee on troops who want to sign up to get the GI Bill after discharge. The idea is being considered by the House Veterans Affairs Committee next Wednesday at a hearing. | The San Diego Union-Tribune >>

The extension will give Veterans Affairs Secretary David Shulkin time to develop a more comprehensive plan to allow veterans to more easily go outside the VA health system for care. Under the bill Trump signed into law, the VA will be allowed to continue operating its Choice Program until the funding runs out, which is expected early next year. The program was scheduled to expire on Aug. 7 with nearly $1 billion left over. | ABC News >>

The Department of Veterans Affairs will share construction costs for a new Nebraska health clinic with a local non-profit group in what administration officials are touting as a step towards fulfilling their promise of saving taxpayer money without sacrificing veterans’ care. The project, based at the Omaha VA Medical Center campus, was actually signed into law by President Barack Obama last December and spearheaded by the state’s congressional delegation. | Military Times >>

I thought to myself, there’s finally a way for this war to end. I had always been troubled by the global war on terror, both because you can’t have a war against a tactic but also because war should be fought in confined spaces and for confined objectives. | NPR >>

The U.S. State Department has approved the sale of $295.6 million worth of military equipment to Iraq for artillery and infantry Kurdish peshmerga units, a Pentagon agency said on Wednesday. The equipment requested by the Iraqi government would outfit two peshmerga infantry brigades and two support artillery battalions, the Defense Security Cooperation Agency said in a statement. | CNBC >>

Roughly 300 Marines are en route to Afghanistan to help Afghan troops stop the Taliban from swallowing more of the hard-fought territory for which so many Marines have bled and died, Marine Corps Times has learned. The deployment of Marines from the II Marine Expeditionary Force at Camp Lejeune, North Carolina, will be the largest Marine deployment to Afghanistan since 2014, when the U.S. military’s combat mission known as Operation Enduring Freedom officially ended. | Marine Corps Times >>

The review is being led by Army Training and Doctrine Command and the Intelligence Center of Excellence. It’s expected to wrap up in the late summer when the team will present the findings to Army Chief of Staff Gen. Mark Milley, according to Lt. Gen. Robert Ashley, who serves as the senior adviser to both Milley and the secretary of the Army. | Defense News >>

The new rule comes as the military grapples with a nude photo sharing scandal that started after the revelation of a Facebook page where Marines allegedly shared nude photos of female Marines and veterans without their consent and made crude and disparaging comments including rape threats. The Naval Criminal Investigative Service has been investigating, as have other service branches.  | The Hill >>

The Army is knee-deep in its effort to grow the active component to 476,000 soldiers by the end of September. The next step: Bringing Army Reserve and National Guard troops on active duty. Since opening up the Call to Active Duty program to officers and warrant officers earlier this year, the Army has received about a thousand applications, according to the head of Army Human Resources Command. And the program has now been extended to noncommissioned officers. | Army Times >>

“Today is all about letting veterans fish and enjoy themselves. We want to get veterans back to nature and let nature do all the healing,” says Camp Hope board member Tom Vogt. “Camp Hope really works in Missouri because everyone is about helping our veterans. When it comes to helping veterans readjust after coming home there’s no better place to do it than here. There are nine disabled veteran turkey hunting back at Camp Hope right now” | The Salem News >>

Melissa Stockwell has a unique way of referring to her life after April 13, 2004. She calls it Melissa Stockwell 2.0. That was the day Stockwell, 24 and freshly arrived in Baghdad about three weeks before, was in a vehicle hit by a roadside bomb. She didn’t know where she was going that day – literally and figuratively. Her job was to learn the route to the Green Zone. That’s why she was sitting in the seat behind the driver instead of in the front seat on the passenger side. | The Journal Gazette >>

That’s because her groom was standing in the middle of the dance floor in an upright position. The 31-year-old Air Force veteran became paralyzed from the chest down in a 2008 motorcycle accident, and is usually in a wheelchair. But he devised a plan to suspend himself from the rafters so he could share this special moment with his bride. | TODAY >>