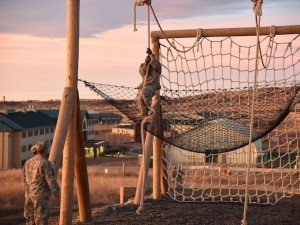 Hundreds of veterans are winning elections — at the state level
A veteran will likely be on your election ballot this fall, but maybe not in the race you expected. The study is the first comprehensive look at veterans’ political involvement on a state level and indicates that despite years of declining veteran representation in Congress, the pipeline of potential candidates for national office may be refilling. | Military Times >>

An increasing number of Afghan civilians are killed and injured at the hands of government forces fighting extremist groups, according to the UN. A report released on Sunday, documenting the first three months of 2016, shows a 70% rise in civilian casualties caused by pro-government forces, with 127 killed and 242 wounded. | The Guardian >>

Elite Afghan troops battled Sunday to clear Taliban fighters from a highway outside a strategic northern city as residents fled their homes under threat of further violence. | LA Times >>

When Nathan Ross Chapman became the first military casualty to die by enemy fire during the war in Afghanistan, the only American flag available for his casket was a patch torn off the uniform of an airman loading his coffin for the long trip home. He was buried on Jan. 11, 2002, a week after his death, with full military honors in Tahoma National Cemetery, Wash. | Washington Post >>

U.S. Secretary of Defense Ash Carter has arrived for an unannounced visit to Iraq, where he will hold a series of meetings, including with Iraqi Prime Minister Haider al-Abadi and top U.S. military commanders. | CNN >>

The US is to send 200 extra troops to Iraq to help fight so-called Islamic State (IS), officials say. The deployment will increase the number of US personnel in Iraq to about 4,100. Alongside the additional troops, Apache attack helicopters will be deployed for the first time against IS in Iraq. | BBC News >>

Over a month since the first phase of an Iraqi army offensive began to recapture the northern city of Mosul from Islamic State progress has been slow. Reuters Emily Wither speaks to soldiers on the frontline. | Reuters >>

In the coming weeks, the Army is set to commission 22 female lieutenants into ground combat roles, a first for the service, the Army announced in a release Friday. The move comes just months after Secretary of Defense Ashton B. Carter opened all jobs in the military to women, including roles that were previously closed such as those in the infantry and artillery fields. | The Virginian-Pilot >>

An undisclosed number of U.S. Marines are assisting emergency crews in southern Japan after two deadly earthquakes have plunged the region into chaos. At least four MV-22 Ospreys — with four others on standby — have joined the relief effort, according to a news release distributed by the U.S. military on Sunday. | Military Times >>

This week, three- and four-star generals from across the Marine Corps were presented with a plan to overhaul existing fitness standards, making them more relevant and appropriately challenging. | Military.com >>

An improvised explosive device in Iraq took away Steve Baskis’ eyesight in 2008, but it didn’t take away his desire to explore. In the years since the blast that killed his friend, Victor Cota, and also injured his right hand and left arm, Baskis has scaled high peaks, kayaked through rapids, sailed on the Atlantic Ocean and biked from the capital of Canada to the capital of the United States. | AP >>

The Baitys operate Semper K9 Assistance Dogs, a nonprofit group that matches wounded or critically ill or injured military veterans with rescued dogs that are trained to become service animals. The work saves the dogs from euthanasia, and helps keep the veterans from lives of despair brought on by their physical difficulties. | Washington Post >>

Aaron Causey flew through the air with the greatest of ease while on his monoski at Aspen Mountain on Wednesday. It was clear the lips and ledges on Pump House Hill and other ski trails didn’t intimidate him. He sought them out, then carved down the corduroy for another ride up the Ajax Express. | Summit Daily >>

Last year, the VA awarded Lockheed Martin’s Systems Made Simple the worth $624 million Medical Appointment Scheduling System (MASS) contract, with the goal of replacing the system by 2017 with commercial off-the-shelf software through a series of incremental upgrades. However, despite Congress concern, the agency has decided to put the acquisition on the backburner for now while it takes a homegrown technology approach. | Health Data Management >>

The Department of Veterans Affairs has said that it has complied with a congressional mandate to make its electronic health records interoperable with the Defense Department’s data through the Joint Legacy Viewer system, Federal News Radio reported Friday. | Executive Gov >>

The Department of Veterans Affairs has not done enough to prevent schedulers from manipulating appointment wait times, and wait-time data remains misleading and underestimates how long veterans wait for care, according to a nonpartisan watchdog report released Monday. | KPNX >>