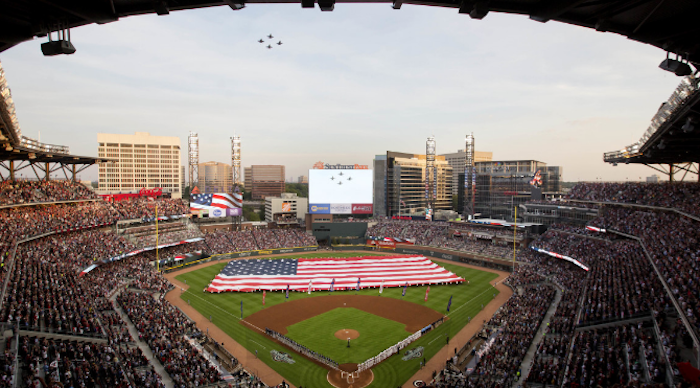 “There’s still a lot that Dr. Shulkin has to prove to us as secretary, but given some of the options and names that were tossed around, we landed in a place we are pretty optimistic about,” said Allison Jaslow, a former Army captain and the chief of staff for Iraq and Afghanistan Veterans of America. “People didn’t need a secretary spending six months on getting the building to work for him.” | PBS >>

President Donald Trump plans to sign legislation to extend temporarily a program that gives veterans access to private-sector health care. White House spokesman Sean Spicer says Trump will sign the bill Wednesday at the White House. The extension will provide stopgap services while Veterans Affairs Secretary David Shulkin develops a longer-term plan to allow veterans to more easily go outside the VA medical system for care. Under the bill, the VA will be allowed to operate its Choice program until the funding runs out. | The Sacramento Bee >>

During her tenure as Second Lady of the United States, Biden worked to put a national spotlight on the challenges facing and sacrifices made by military families. Through her work with the Joining Forces initiative with former First Lady Michelle Obama, Biden called on Americans to support military families in communities across the country through a range of employment, education and wellness resources. | Fox News >>

Iraqi forces gained ground in door-to-door fighting in the Old City of Mosul, a military spokesman said on Monday, as the U.S.-backed offensive to capture Islamic State’s de facto capital in Iraq entered its seventh month. A Reuters correspondent saw thick smoke billowing over the Old City, near the Grand al-Nuri Mosque, from where Islamic State leader Abu Bakr al-Baghdadi declared a “caliphate” spanning parts of Iraq and Syria. | Reuters >>

Former Afghan President Hamid Karzai said Monday that the U.S. is using Afghanistan as a weapons testing ground, calling the recent use of the largest-ever non-nuclear bomb “an immense atrocity against the Afghan people.” Last week, U.S. forces dropped the GBU-43 Massive Ordnance Air Blast (MOAB) bomb in eastern Nangarhar province, reportedly killing 95 militants. Karzai, in an interview with The Associated Press, objected to the decision, saying that his country “was used very disrespectfully by the U.S. to test its weapons of mass destruction.” | TIME >>

While Air Forces Central Command could not specify what caused the increase in weapons deployed in March, it told Air Force Times in February that Iraqi and partner forces’ efforts to recapture Mosul and operations against Raqqa in Syria – both of which coalition aircraft are supporting – were responsible for part of that month’s high total. | Business Insider >>

Resembling the radar speed guns that are standard issue for local law enforcement, the hand-held gadget is engineered to detect and disrupt both consumer and modified drone radio systems, operating on ISM, UHF HAM and GPS bands, to knock even the most sophisticated UAVs out of the sky. | Task and Purpose >>

U.S. Vice President Mike Pence, who has called the failed missile launch “a provocation,” arrived at Camp Bonifas on Mondaymorning for a briefing with military leaders and to meet with American troops stationed there. The joint U.S.-South Korean military camp is just outside the 2.5-mile-wide DMZ. Pence’s visit, full of Cold War symbolism, comes amid increasing tensions and heated rhetoric on the Korean Peninsula. | TIME >>

Army officials said a UH-60 Black Hawk out of Fort Belvoir had a hard landing on the course and that the conditions of three people onboard were not immediately clear. One person was taken by medical helicopter from the scene, Army officials said. The crash occurred at the Breton Bay Golf Course, said Sgt. Davaughn Parker, with the Maryland State Police who said two state police medevac helicopters were assisting. The golf course is on Society Hill Road along Breton Bay, 61 miles south of Washington. | The Washington Post >>

James Mackler, a Nashville attorney and Iraq War veteran, will on Monday become the first Tennessee Democrat to announce plans to run in 2018 for the state’s U.S. Senate seat held by U.S. Sen. Bob Corker, R-Tennessee. Mackler cited his military background repeatedly in a news release provided to The USA Today Network – Tennessee ahead of the formal announcement, saying he’s “running to restore respect, honesty, and most importantly, integrity in Washington.” | WBIR >>

“Many veterans stay in harm’s way, fail to seek medical assistance and remain homeless because of the lack of support for their pet while they seek assistance,” he wrote on his GoFundMe page, where he is raising money for Veterans and Their Pets, a Phoenix-based organization that provides temporary housing, veterinary care and food for animals of veterans in need, especially homeless veterans.  | Military Times >>

A collaboration between a trio of St. Louis-area universities seeks to help armed forces members get adjusted back to civilian life after serving in war.  For the first time, the student veterans organizations at Washington University, St. Louis University, and University of Missouri St. Louis are teaming up to host a Veterans Week. The goal is for veterans to form the social support structure many lost after the military and also to help others see them in a new light. | KMOV >>