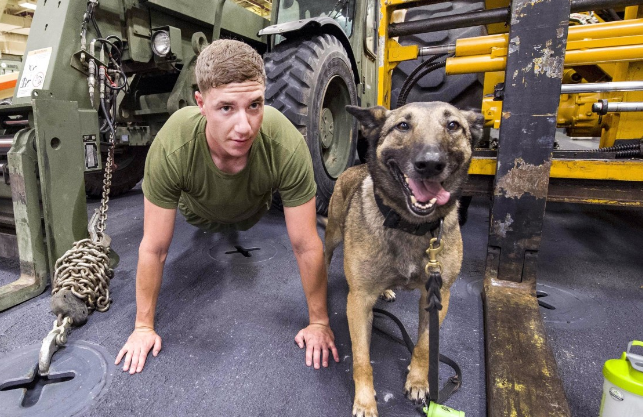 And the numbers don’t really add up. If you ask a handful of experts, you get a handful of different estimates, from smaller to larger, with no real sense of which one – if any – is most likely to be accurate. (That there is a range is obvious, because women veterans are so easily overlooked in a count of the visibly homeless.) | The Huffington Post >>

At the main health-care facility for veterans in the nation’s capital, doctors have had to halt operating room procedures and dialysis treatments in the past year because of a lack of supplies, nurses have had to run through the facility looking for nasal oxygen tubes during an emergency, and sterile surgical items have been left in dirty or cluttered supply rooms, according to a new report. | The Washington Post >>

Just outside Fort Sam Houston in San Antonio, the Army plans to build its new facility to help new veterans transition back into civilian life following military service. The center will be a one-stop facility to assist veterans with housing, health care and employment and the Army hopes to have it operational next year. | Army Times >>

During the years of intense fighting in Afghanistan, a handful of similar bombs were used by the United States to destroy caves believed to be used by forces of the Taliban and Al Qaeda, as well as to frighten troops dug into trenches who were not immediately killed by the weapon. That the United States is now again using this type of ordnance reflects the changing nature of the foe in Afghanistan, and the fact that the Islamic State, like the Taliban and Al Qaeda, is now also using caves and tunnels. | The New York Times >>

After the grueling fight for the main Iraqi stronghold of ISIS, its northern city of Mosul, the focus of the coalition and new administration of President Donald Trump has shifted to Raqqa, Syria, the de facto capital of the militant group’s self-declared caliphate. The battle — for a city a lot smaller in size than Mosul yet still highly symbolic — is expected to be long and complex, given the array of opposing forces positioned around the city. | CNN >>

We are back to where the country was at its beginning, and it’s the armed citizen who will defend this nation,” Green said. “And there’s something else that we’ve got to protect ourselves from, and it is an overreaching federal government. The notion that Mr. Obama thinks that he can tell the state of Tennessee who can go into a men’s bathroom or a women’s bathroom is absurd.” | The Hill >>

“In a culture that prizes masculinity, it is easy to mistake barbarism for strength.” the letter reads. “Yet we respectfully disagree with the notion that to fight and win our country’s battles, we must preserve an institution where men are permitted or even expected to behave like animals, and women trespass at their peril.”  | The Huffington Post >>

An aircraft carrier is the ultimate expression of American power, a floating military base whose arrival inspires fear in our enemies and heartens our allies. The Vinson, along with its strike group of two destroyers and one cruiser, certainly caused top officials in Beijing and Pyongyang to sit up and notice. North Korea called the deployment “outrageous,” while China expressed “concern.” If both countries’ leaders didn’t understand how serious Trump is about stopping North Korea’s race toward nuclear-tipped missiles, they get it now. | POLITICO >>

Rollins and 21 other veterans skied for three days last week, but this story doesn’t start last week. It starts 10 weeks ago when seven vets from Reno first met. “I am absolutely looking forward to it. It could not have come at a better time,” said Shay Hampton, a veteran of the United States Air Force. “I had some chemical exposure over in Iraq and it just… it kinda snowballed. Just one thing into the next. A lot of nerve damage. Some brain damage. Some brain surgeries, so it is rough to talk about.” | KOLO-TV >>

Susan Kashazta, of Traverse City, sometimes joins the Gaylord team for their activities. She is a veteran U.S. Navy sailor who served for 8 years during the Iraq War, and is motivated by the team’s mission, she said. “I don’t think that veterans making the transition from military to civilian life get the support they need,” Kashazta said. “Often when people leave the service, they lose their sense of purpose and camaraderie, and this organization provides a way for civilians and veterans to support each other in a flexible, casual way.”  | Traverse City Record-Eagle >>

A veteran who said he was sexually assaulted in the Army said bodybuilding saved his life. Michael Beason said in 1990, his 1st sergeant sexually assaulted him at his first duty station in Korea. He said even after court proceedings, the impact of the trauma stayed with him. Beason said the next 26 years of his life were a living hell. He was angry, depressed and suicidal. | KENS 5 >>