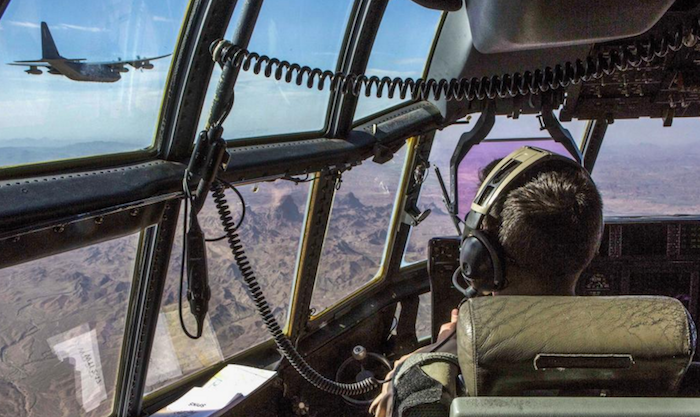 The hiring freeze President Donald Trump ordered on his first full working day in the White House is threatening to compromise the safety of correctional officers, delay payments to veterans and prevent disabled and retired Americans from getting their Social Security checks on time, union officials and government workers say. | The Wall Street Journal >>

John Wells, a retired Navy commander and now a private attorney from Louisiana advocating for the veterans, countered that figure is inflated and conflicts with what estimates of about $1 billion previously prepared by the Congressional Budget Office. He said the federal government will have problems paying for future toxic exposure benefit claims if it doesn’t start dealing with the issue now. | Stars and Stripes >>

“The president and I have made it clear that suicide prevention is one or our top priorities,” Shulkin said. “We know the rate of death by suicide among veterans who do not use VA care is increasing at a greater rate than veterans who use VA care. This is a national emergency that requires bold action. We must and we will do all that we can to help former service members who may be at risk. When we say even one veteran suicide is one too many, we mean it.” | The Montgomery Herald >>

The death was the first American casualty in Afghanistan from hostile fire since the beginning of the year, according to a tally kept by the website iCasualties. Last year, 13 American soldiers died in the country, 10 because of enemy fire. In total, 2,217 American soldiers have died in Afghanistan since the invasion in 2001 and another 20,000 have been wounded, according to the Pentagon. | The New York Times >>

The two discussed the situation in Syria and the war on Islamic State in a phone call from Pence following Friday’s U.S. strikes on a Syrian airbase to punish a chemical attack that killed scores of civilians this week in an area held by the opposition to Syrian President Bashar al-Assad. | CNN >>

She seems happy and well-adjusted in her new home with Barbara Padgett, despite the horrors she must have experienced in her short life. Padgett’s grandson, Tyler Daniels, is a contract worker in Afghanistan. The 32-year-old is a dog lover, but when the cat, now known as Bewler, started hanging around the office he shares with five others, he and his office mates took right to her. | US News and World Report >>

Military Affairs
Green’s nomination, which had been anticipated for weeks, had drawn criticism from LGBT advocates even before Trump officially named him Friday. On Tuesday, the American Military Partner Association, the largest organization of LGBT military families, accused Green of making “a shameful political career out of targeting LGBT people for discrimination.” | The Seattle Times >>

“For more than 70 years, the U.S. Navy has maintained a persistent naval presence in the Indo-Asia Pacific . The U.S. Navy is committed to continuing this forward presence, which is focused on stability, regional cooperation and economic prosperity for all nations,” said Benham. | NPR >>

In a letter to Congress, he defended his decision to launch almost 60 Tomahawk missiles at a single Syrian air base without congressional approval by saying, quote, “I acted in the vital national security and foreign policy interest of the United States pursuant to my constitutional authority.” He then said that, quote, “The U.S. will take additional action as necessary and appropriate to further its important national interests.” | Fox News >>
#VetsRising

A small group of determined runners strapped on heavy flak jackets and weighted backpacks to trek nearly 14 miles across Manhattan Friday morning to honor veterans struggling with PTSD and the victims of 9/11. The event, dubbed the “Ruck for the Brave”, kicked off at Manhattan’s Engine 10/Ladder 10 on Liberty Street by Trinity Pl. at 8:47 a.m., organizers said. | New York Daily News >>

Some were soldiers, others Marines. Some were sailors, others airmen. They are all veterans, and now they are all Boston firefighters. The light of a half-dozen chandeliers glinted in the polished buttons, gleaming badges, and jewelry of the crowd that packed into Dorchester’s Florian Hall Wednesday morning for the fire academy graduation. Infants in strollers and toddlers in their Sunday best sat next to white-haired fire department veterans.  | The Boston Globe >>

Whether solo, jogging in a crowd, or lost in the sensation of music thumping through his headphones, Danny Dwyer sees his thorny past, thankful present and unwritten future blend to form the perfect sanctuary. This is how he trains for this year’s Boston Marathon. | Military Times >>