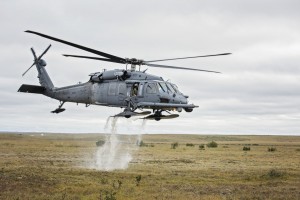 Republican presidential candidate Donald Trump and his Democratic opponent Hillary Clinton veered from veterans issues to discuss other national-security matters during the first forum in which they shared a stage before the election. | Military.com >>

The leaders of the Commission on Care, which recently offered recommendations for improving the Department of Veterans Affairs’ delivery of health care, told a House committee on Sept. 7 that the VA should abandon its homegrown electronic health record system in favor of a commercial solution. | FCW >>

At the Commander-in-Chief forum hosted by Iraq and Afghanistan Veterans of America and NBC News, Hillary Clinton and Donald Trump each said the VA must do a better job to ease veterans’ transition to civilian life. | Military Times >>

The first mission was aborted when the American rescue force could not obtain White House approval for the mission amid concerns about the intelligence, according to three defense officials. They were in the air heading to the target area at the time and had to return to their base in Afghanistan. | Fox News >>

The U.S.-led war on Islamic State has depleted the group’s funds, leadership and foreign fighters, but the biggest battle yet is expected later this year in Iraq’s northern city of Mosul, where Abu Bakr al-Baghdadi declared his “caliphate” two years ago. | Reuters >>

The Taliban pushed into the capital of Afghanistan’s southern Uruzgan province on Thursday, triggering fierce clashes and sending all government officials fleeing from the city, an Afghan official said. | ABC News >>

A U.S. Navy reconnaissance plane had a close encounter with a Russian fighter that came within 10 feet of the aircraft as it flew in international airspace over the Black Sea. It is the latest encounter between the two militaries that American officials have labeled “unsafe and unprofessional”. | ABC News >>

For decades, U.S. Army wargames in the California desert have been full force-on-force exercises that pitch groups of soldiers against one another, using lasers to register hits. When you practice at battle, you want everything to feel as real as possible, including the enemy’s weapons and vehicles. As War Is Boring reports, the army has gotten around the problem of scrounging up enemy tanks and armored vehicles by modifying local ones. | Popular Mechanics >>

Multiple investigations into the death of a Muslim military recruit at the Marine Corps’ fabled Parris Island training center have uncovered a troubling pattern of mistreatment, and officials are responding with a series of policy changes designed to improve accountability and prevent future missteps. | Marine Corps Times >>

Military veteran John Fontenot has had quite the journey since entering the United States Army 22 years ago. Someone very important inspired him to join as he graduated high school. “I was an outdoorsman, so I was really good at that. I was also an athlete so I signed up for the military which was the United States Army.” | KTRE >>

“That way we look at it: Livestrong had Nike and IAVA has Oscar Mike,” said Paul Rieckhoff, founder and CEO of IAVA. Sales of Oscar Mike products are high on IAVA’s website—items such as branded ripcord bracelets in an eye-catching “night vision green” meant to spark conversations. | Fast Company >>

Keeping up with Jaxon Mackey can be a fruitless endeavor. The five-year-old Chesterfield boy is constantly in motion as he zips through his neighborhood on his tricycle. But Jaxon does not pedal like most children. | WTVR >>