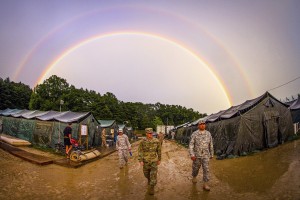 At the Commander-in-Chief forum hosted by Iraq and Afghanistan Veterans of America and NBC News, Hillary Clinton and Donald Trump each said the VA must do a better job to ease veterans’ transition to civilian life.| Military Times >>

Millions of dollars has just been announced to help disabled veterans and service members around the country, including right here in Florida. Secretary of Veterans Affairs Robert McDonald announced today $7.8 million in grants for adaptive sports programs. | New 4 Jax >>

Demanding explanations for a $1 billion cost overrun, a House panel Wednesday issued a subpoena to the Department of Veterans Affairs for documents on how the cost of a Denver-area VA hospital ballooned to almost $1.7 billion. | Fox News >>

The United Nations has warned of a growing threat to aid workers in Afghanistan where it says millions of people are in urgent need of life-saving assistance. | Voice of America >>

An Iraqi Shi’ite militia said on Wednesday it had dispatched more than 1,000 fighters to the frontline in neighboring Syria, escalating foreign involvement in the battle for Aleppo, the biggest prize in five years of relentless civil war. | Reuters >>

The Wakhan corridor, which has been named Afghanistan’s second national park, is the country’s most — perhaps only — peaceful region. But it is so poor, even for Afghanistan, that people get food on credit or barter for it, and children go barefoot during the long, harsh winters. | Fox News >>

After years of warnings that major cuts to Army family programs are coming, officials with the Army’s Installation Management Command announced that the day has finally arrived. | Military.com >>

“The females there were so motivating,” Jenks said. “There’s not a large percentage of us in the Marine Corps, and of those, not a lot of us for whom [physical training] is part of our lifestyle. For us all to be there together was so motivating.” | Department of Defense >>

The Army has begun destroying the nation’s largest remaining stockpile of chemical weapons in an automated plant in southern Colorado. Officials at Pueblo Chemical Depot said they put the plant into operation on Wednesday. The plant will destroy about 780,000 artillery shells filled with mustard agent under an international treaty. The Army said previously it planned to start this week. | ABC News >>

After two tours in Iraq, after trying to drink himself past the demons that darkened his mind, and after a second member of his old platoon committed suicide, Frank Lesnefsky got help. Finally. In his therapist’s office, he can talk about his post-traumatic stress instead of being haunted by it. “I was immobilized,” Lesnefsky said. “It’s like being frozen, just watching time pass. It’s crazy.” | CBS News >>

U.S. Marine Corps Veteran and actor J.W. Cortés will sing the National Anthem at the first-ever NBC Commander-In-Chief Forum with Hillary Clinton and Donald Trump Wednesday evening. “I am very excited and honored to be singing tonight, especially because 9/11 is on all of our minds,” Cortés told NBC Latino. “The 15th anniversary is coming up. I happened to be down there, helping out in the rescue efforts, so I will never forget.” | NBC News >>

Stockwell, 36, served as first lieutenant in the Iraq War and was the first American female soldier to lose a limb — her left leg — in that conflict. Being a Paralympian and war veteran both are important to her. | AM New York >>