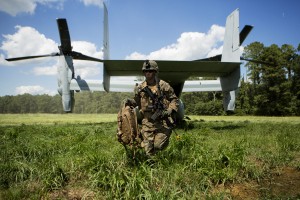 A divided House of Representatives is keeping several crucial pieces of key legislation for the nation’s veterans from advancing, Department of Veterans Affairs Secretary Robert McDonald said Tuesday, while addressing the massive transformation the nation’s primary veterans agency has been undergoing in the past two years since he was brought on board.| Newsmax

Marine Corps veteran Matthew Pecoraro doesn’t know how ITT Technical Institute got his phone number. But he was glad to take the call. Pecoraro had left the Corps in 2007 and had military education benefits to use. He was looking for his next step in civilian life when an ITT recruiter reached out to him. | Military Times

With more than $2 billion appropriated for new hepatitis C drugs during the past two years, the Department of Veterans Affairs treated 65,000 veterans for the virus, but about 87,000 remain untreated and an additional 20,000 are undiagnosed. | Stars and Stripes

The Islamic State group has reportedly banned women from wearing a burka, a veil that covers the entire face, as a security precaution in the northern Iraqi city of Mosul. The alleged new rule is striking in part because the militant group also known as ISIS has beaten and killed women in the past for refusing to wear the conservative garment. | International Business Times

About 1,400 soldiers from the 101st Airborne Division will deploy to Afghanistan this fall, the Army announced Tuesday. The soldiers, who will be supporting Operating Freedom’s Sentinel, belong to the division’s 3rd Brigade Combat Team at Fort Campbell, Kentucky. | Army Times

The US Air Force has turned to using contractors to fly drones, according to the Michael S. Schmidt of The New York Times. The Times reports that the contractors, civilians working for private companies, will not execute strikes, but rather conduct recon missions. (Photo Right) | Business Insider

The Marine Corps is again pushing leathernecks to consider a career in the intelligence field – and for those in slow-to-promote fields, it’s a move that could lead to instant advancement and big bucks down the road. | Marine Corps Times

There are nearly 3 million veterans of Iraq and Afghanistan in the United States. One in five returns home with some form of post-traumatic stress disorder (PTSD) or depression, which can lead to suicide. On Tuesday, one veteran set off on what he hopes will be a life-saving journey. | ABC Chicago

An area veteran knows how difficult it can be to adjust even when the uniform comes off, and the battlefield is miles away. This Waterloo veteran hopes to help other veterans who are battling PTSD by showing them how fishing can be therapeutic. The Department of Veterans Affairs reports that PTSD affects 11-20% percent of veterans who served in Iraq. Many veterans say the trauma stays with them when they come back. | WKOW

For many veterans, returning home after war is a challenging ordeal. Numerous men and women who have served our country suffer from post-traumatic stress (PTS) and struggle to get reintroduced into society, some even commit suicide. | Sounds Like Nashville