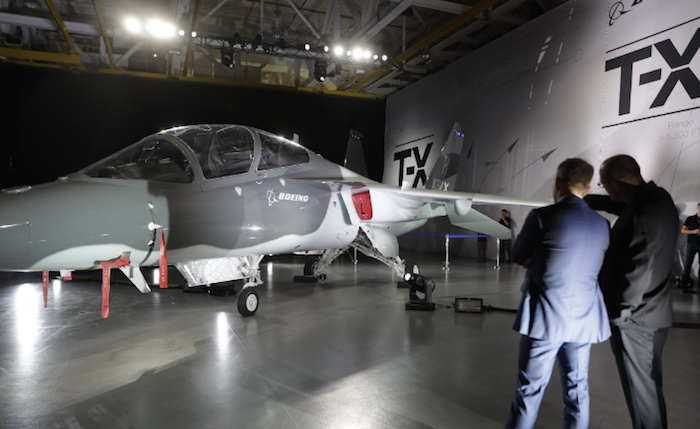 “In an effort to make the disciplinary process more convenient, VA often agrees to pay out thousands of taxpayer-funded dollars both to the employee and their legal representation, as well as other benefits for the employee to simply just go away,” said House Veterans’ Affairs Committee Chairman Jeff Miller, R-Fla., during a hearing Wednesday. | Military Times >>

The Department of Veterans Affairs will resume sharing data on the quality of care at its facilities with a national consumer database on October 1, the agency said Tuesday. | USA Today >>

An Ohio congressman wants to force all Capitol Hill lawmakers and their staff to receive health care from the Department of Veterans Affairs to ensure they have incentive to improve the system. But the top Democrat on the House Veterans’ Affairs Committee is blasting the idea as little more than a publicity stunt. | Military Times >>

“We are now in a position where ISIL here in Iraq is increasingly on the run and on the ropes, and the urgent work ahead is to complete that effort. And Mosul, of course, is the big piece ahead of Iraq and ahead of us,” Deputy Secretary of State Antony Blinken told reporters in Baghdad. | Voice of America >>

A U.S. report released Wednesday said that widespread corruption in Afghanistan has undermined efforts to rebuild the country and urged the U.S. mission to make anti-corruption efforts a top priority. | Military Times >>

For archaeologists Afghanistan, rich in ancient treasures and once a key stop on the legendary silk road, is an “open-air museum”, albeit one ravaged by war and plagued by looters. After 30 years of conflicts, Afghanistan’s cultural heritage is in dire straits, but one group of archaeologists is trying to put the country’s historical sites back on the map – literally. | Phys.org >>

And while most Americans are aware of the National Guard’s valiant contributions on domestic missions — its effective and rapid response to hurricanes, wildfires and floods — perhaps the most significant contribution the Guard makes is on the battlefield. Indeed, the National Guard provides a critical link between local communities and American national security. | CNN >>

The US Coast Guard is not immune to hoaxers. This branch of the US Armed Services monitors VHF channel 16, a marine radio frequency used for distress communications such as mayday calls that has also been a channel for hoaxers. By law, the US Coast Guard, which reports to the US Department of Homeland Security, is required to launch search-and-rescue missions in response to all mayday distress calls. | Information Week >>

Mabus has said he is honoring people who have shown heroism, just as past navy secretaries have done. He said he believes that by looking outside the military, at times, for heroes, he can help connect people with the U.S. Navy and Marine Corps. | Fox News >>

“I think a lot of guys have a misconception that they are going to come into a treatment program and these people are going to make them better,” veteran Eric Fife said. “You have to make yourself better!” | WTMJ >>

His extraordinary journey has seen Snyder serve alongside Navy SEALs in Iraq and Afghanistan after deciding to serve when as a high school student he watched on television as the twin towers fell. Now he is the leading member of the country’s swim team in Rio, with hopes of doubling his gold haul in the coming days – but modestly describes his victories as part of making a new life. | Daily Mail >>

This year, Mast took on another job: running for Congress. On August 30, he won the Republican primary in Florida’s 18th Congressional District, a swing seat just north of Palm Beach. In an election with a record number of voters dissatisfied with both major presidential nominees, Mast’s candidacy may serve as a much-needed bright spot for many Americans. | The Weekly Standard >>