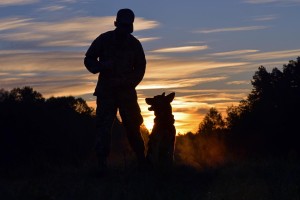 Patients in the Phoenix VA Health Care System are still unable to get timely specialist appointments after massive reform efforts, and delayed care may be to blame for at least one more veteran’s death, according to a new Office of the Inspector General probe. | The Arizona Republic >>

“Troubling to us are recent reports showing that the [Veterans Crisis Line] has not served as the beacon of hope it was intended to be,” the lawmakers wrote to VA Secretary Robert McDonald in a letter released Wednesday. | The Hill >>

“The Army headquarters has something unique to the Department of Defense in the Pentagon, and that’s a door that separates the offices of the chief and secretary,” Fanning said. “It doesn’t exist in any other office.” | Defense News >>

The Defense Ministry says a surgical field team of up to 17 people will be sent to a U.S. Navy’s base located some 70 kilometers (44 miles) south of Mosul and treat injured Iraqi and coalition soldiers. | Fox News >>

Islamic State has attracted hundreds, perhaps thousands, of fighters in Afghanistan and Pakistan to join its ranks, and holds some territory in Nangarhar. But it has not been able to expand its influence in Afghanistan beyond a few districts and the Taliban remain the dominant militant force there. | Reuters >>

The F-35 program has had a rough couple weeks, including a ground fire during training and a supply issue that led the US Air Force to suspend flight operations for 15 F-35As. But the service’s top general said he is not worried that the recent problems could impact the future of the program. | Defense News >>

Defense contractor General Dynamics has unveiled a new armored vehicle designed to fulfill a U.S. Army requirement for a new light tank. The Griffin Technology Demonstrator is designed to be a lightweight, fast-moving vehicle with a powerful gun that’s made to support light infantry troops on the battlefield. | Popular Mechanics >>

At least 20 Marines are facing punishment related to problems uncovered after a series of investigations into the death of a recruit in March at the South Carolina training center. Instructors are accused of hazing, racial discrimination and possibly criminal violence against recruits. | Military Times >>

“Several friends and comrades, some were mortally wounded and some were injured there and it began to take a whole lot of a bigger hold on everything. Being a marine, you don’t want anything to make you seem weak or anything like that,” said Bein. | WBRC >>

A Marine veteran is celebrating after successfully undergoing surgery for a double arm transplant and now hopes to achieve his dream of becoming a chef. John Peck, 31, spoke with reporters today weeks after undergoing a 14-hour transplant surgery in August. Peck became a quadruple amputee in 2010 after stepping on an explosive device in Afghanistan. He spoke to reporters today about what it means to have arms again. | ABC News >>

Teddy Rumzek, a veteran of the tattoo industry and an artist with four years of Navy service, owns Studio 22 Tattoo and Art Gallery, 381 W. Central Ave. He will be holding a grand opening celebration Saturday from 2 to 6 p.m. with free food and drinks, music, raffles for tattoos and tours of the shop. | Coolidge Examiner >>