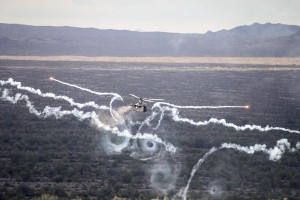 Roughly $110 million in payments to thousands of housebound veterans was withheld from them by the Department of Veterans Affairs, according to a new report from VA inspector general’s office. The IG report found approximately 186,000 veterans as of March 2015 were designated as housebound because of illness or injury with errors in payments to about 33,400 of them. | Task and Purpose >>

A key Democrat wants to bring the presidential campaign fight over veterans health care to the House floor, offering a resolution Wednesday that opposes the privatization of Veterans Affairs programs. The measure, sponsored by House Veterans’ Affairs Committee ranking member Mark Takano, D-Calif., carries with it no force of law and has little chance of advancing in the Republican-controlled chamber. | Military.com

“Nothing was working out for me,” she told The Associated Press in an interview, sitting in a coffee shop near her family’s home on the base with her mom, who encouraged Jenn by placing a hand on her knee. “And I kind of felt suffocated by all of the rules that had been put in place for people like me.” | Stars and Stripes >>

Afghanistan’s president will meet world powers at a major conference in Brussels in a bid to secure financial aid from the international community up to 2020 to rebuild the war-ravaged nation. | The Guardian >>

With its drab two-tone walls, neon lighting and plastic chairs, it looks more like a lecture hall than a war room. But instead of students, officers from Iraq’s security forces study a bank of flat-screen TVs showing feeds from drones flying hundreds of miles away. | Los Angeles Times >>

“The terrible toll on civilian life caused by indiscriminate pressure-plate IEDs is intolerable and their use may constitute a war crime,” Tadamichi Yamamoto, head of the UN Assistance Mission in Afghanistan (UNAMA), said in a statement issued today. | UN.org >>

A mandatory evacuation of non-essential personnel, including about 700 family members of military personnel, was underway at the base and everyone remaining behind was being told to take shelter, spokeswoman Julie Ann Ripley told the Associated Press. The families were to be airlifted to Florida. | Fox News >>

“We’re going to immediately do away with rating titles and address each other by just our rank as the other services do,” said Chief of Naval Personnel Vice Adm. Robert Burke in a Sept. 19 interview. “We recognize that’s going to be a large cultural change, it’s not going to happen overnight, but the direction is to start exercising that now.” | Navy Times >>

With 54 countries, more than 2,100 languages and upwards of 800 tribes in its area of operations, U.S. Army Africa must continue to grow its partnerships and exercises across the vast continent, the command’s top officer said. | Defense News >>

Young, 26, is one of 25 finalists to become Miss Veteran America, a role that will take her across the country to serve communities and raise awareness for female veteran homelessness. Contestants are scored in four areas: interview, talent, advocacy and military history. Judges are looking for grace, poise, confidence and personality. | The Fayetteville Observer >>

“The biggest thing is you get veterans and first responders, they’re all tough,” said Kennedy. “Guys and girls, they’re all tough. They don’t want help. They don’t need help, but we know that they do. Once they start breaking down, letting us know, that’s when the doors open to where we can get that.”| News West 9 >>

The Department of Veterans Affairs announced in August that it is piloting a program that will see health benefits for mobility service dogs approved for veterans with chronic impairments that substantially limit mobility, usually associated with mental health disorders. | Amarillo Globe-News >>