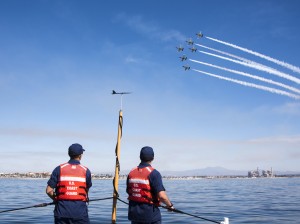 The men and women who stepped forward after 9/11 understood the risk they were taking and bravely decided serve despite the risk and sacrifices they that would follow. They did so, along with less than 1% of the nation’s population, and with what they thought was a bonus for going off to war. Soldiers used these well-earned bonuses to invest in their potential, to afford a quality education, to support their families, and to build communities across the country. | Task and Purpose >>

“Everybody wants to make a strong statement. There’s just a willingness to fix this and fix it ASAP,” said Tom Porter, the legislative director for Iraq and Afghanistan Veterans of America, who has been working closely with Congress on the issue. | Stars and Stripes >>

Defense Secretary Ash Carter issued an order Wednesday amid widespread criticism of the military’s effort to force reservists to repay enlistment bonuses of up to $15,000 that were improperly approved a decade ago. | Military Times >>

The offensive to oust ISIS from its capital will get underway within weeks, Defense Secretary Ash Carter told NBC News in an exclusive interview Wednesday. “It starts in the next few weeks” | NBC News >>

Afghanistan’s volatile first vice president, Gen. Abdul Rashid Dostum, has unleashed a tirade in which he appeared to issue a veiled threat that he might turn his wrath against his own government if disrespect of him and his Uzbek constituency continued. | New York Times >>

ISIS militants have kidnapped and killed 30 people in Afghanistan’s Ghor province, according to a provincial spokesman. The group was abducted as they entered the mountains of Ghor to collect wood for winter, Abdul Hai Khatibi, the spokesman for the governor of the province, told CNN. | CNN >>

Senior White House officials blocked the Navy from conducting needed freedom of navigation operations in the South China Sea amid growing concerns that China is militarizing newly reclaimed islands, according to the Pentagon’s Defense Policy Board. | Washington Free Beacon >>

In an article at The National Interest, the Commander of U.S. Surface Forces, Vice Admiral Tom Rowden, discusses his new concept of “distributed lethality” and its implications for the U.S. Navy. The result will be a more heavily armed, lethal Navy with amphibious ships and perhaps even ammunition ships and oil tankers outfitted with the latest weapons. | Popular Mechanics >>

A Marine Corps jet fighter crashed and burned in the Southern California desert, but the pilot ejected safely, a spokesman said. The twin-engine F/A-18C Hornet crashed around 6 p.m. Tuesday near the end of a training flight at the Marine Corps Air Ground Combat Center. | ABC News >>

In the pilot program this fall, 3D Veterans trained 15 vets in 3D printing, design and additive manufacturing. The organization prepares participants for the changing employment landscape by helping them make assistive products for disabled veterans. Projects from the pilot include a prosthetic hand and a lightweight, affordable ankle attachment for leg prosthetics. | CNN >>

At a time when the presidential election is dividing families and friends, at least one issue is bridging the gap: giving veterans of the U.S. military a new lease on life by teaching them how to restore coral reefs. And they are trying to enlist big business as their ally. | Forbes >>

The young Marine Corps veteran from Shelton serves as his own handler, which takes the guesswork out of his Harley-Davidson rides from campaign stops to karaoke bars, where he’s been known to sing “Runaround Sue.” | CT Post >>