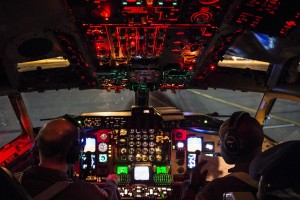 “It is unthinkable that these brave Americans who stepped forward when others did not after the 9/11 attacks are being left high and dry by their leadership,” Paul Rieckhoff, Founder and CEO of Iraq and Afghanistan Veterans of America, said in a statement. | Business Insider >>

This is exactly the type of institutional betrayal that our senior civilian leaders have the obligation to defend against. The impact of this policy upon the soldiers — combat veterans of the wars in Iraq and Afghanistan — is severe. | War on the Rocks >>

“The tobacco industry has used a picture of the veteran. We’re talking about North Dakota here but the guy’s cap says California on it,” David Johnson, a veteran and supporter of Measure 4, said. “It’s like they’re trying to jump on the band wagon to try and show that they’re supporting veterans, but they’re just using them as a ploy,” Larry Lein, another veteran and supporter of Measure 4, said. | Valley News Live >>

In the midst of war, political chaos and a regional refugee crisis, Iraq still managed to be the world’s most generous country to strangers in 2016, according to an annual global survey of charitable giving. | The Washington Post >>

“Obviously, it means increased supply for Brent versus what had been the status quo,” said David Thompson, executive vice-president at commodities-focused broker Powerhouse in Washington. A Reuters poll showed that U.S. crude inventories were also forecast to have risen last week by a likely 800,000 barrels, after a fall of more than 5 million barrels in the week to Oct. 14. | Reuters >>

“Is the Army ready? Well, we are educating ourselves, and we are trying to get ready,” Milley said in an interview with The Associated Press. “We’re well-past the issue of debating and arguing about transgender. We are now into execution, to make sure the program is carried out with diligence, dignity, respect.” | ABC News >>

Navy Secretary Ray Mabus told an audience Monday that Naval Station Norfolk, Virginia, the largest naval base in the world and a key East Coast center of operations for the service, could be endangered in coming decades by rising seas due to climate change if steps are not taken to reverse current trends. | Military.com >>

Clad in military fatigues, U.S. Air Force veteran Christopher Allen took the stage. With a somber and commanding voice, he spoke as the great warrior Ajax, a character created by the ancient Greek playwright Sophocles. In the 10th year of the Trojan War, after being disgraced by the kings Menelaus and Agamemnon, and tricked by the goddess Athena, Ajax ponders whether he should take his own life. | USC News >>

On Monday Oct. 24, white trucks and piles of debris could be found on a curb outside Purkiss’ home. Metal scraping against concrete, hammers hitting hard, conversation and laughter could be heard in the Windsor Forest cul-de-sac. Team Rubicon was preparing the home for reconstruction. | South Side Daily >>

“As soon as I woke up, I could tell a difference,” Kirby told the news station. “And it was just fantastic.” During the procedure at Lennox Hill Hospital, surgeons broke Kirby’s jaw in several places, realigned it and reassembled it. The surgery followed 30 previous procedures necessitated after a bullet blew out his teeth on the left side of his mouth, about one-third of his tongue, and about 5 inches of his jaw. | Fox News >>