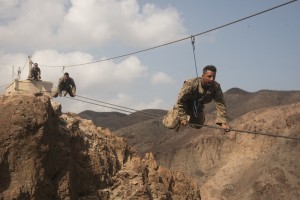 Government investigators said they are looking into allegations that Department of Veterans Affairs employees in Colorado kept unofficial lists of veterans waiting for health care that could conceal how long it takes to get an appointment, possibly broadening a nationwide scandal. | The Virginian-Pilot >>

The programs could help as many as 2,000 veterans who sustained injuries in Iraq and Afghanistan that caused infertility or diminished their ability to parent children naturally. While Congress passed a bill last month that allows the Veterans Affairs Department to provide fertility services to these former troops, the legislation contained no money to fund the program and the VA is not required to provide the services under the legislation’s wording. | Military Times >>

The alleged conspiracy to market and prescribe exorbitantly priced pain and scar creams of doubtful effectiveness and under false pretenses bilked TRICARE out of $102 million in just 21 months, from May 2014 through February this year. This was just one of many companies that sprang to life recently to make fortunes off of unregulated compound drugs. | Military.com >>

A U.S. servicemember died Thursday from wounds sustained in an improvised explosive device blast in northern Iraq, the U.S. military said. The U.S. military did not release details, but American advisers are accompanying Iraqi forces in the battle for Mosul, the largest offensive yet against the Islamic State in Iraq. | USA Today >>

Pakistan says it has encouraged Kabul to hold peace talks with the Taliban, saying a recent peace deal between Afghanistan and key militant leader Gulbuddin Hekmatyar can serve as a model for talks with the main insurgent group. | The Washington Post >>

Iraq’s special forces, which barreled into a town east of Mosul on Thursday despite a wave of suicide attacks, are the country’s most professional and least sectarian fighting force. | Fox news >>

The U.S. Air Force is turning obsolete F-16 Fighting Falcons into target practice, a longstanding tradition as older planes age out. The dronified F-16s will be used to test new weapons, including the F-35 Joint Strike Fighter. | Popular Mechanics >>

She soon found herself sitting in a circle surrounded by trainers at Crossfit Goat – with the motto Be Your Greatest of All Time. She told them her story and in February embarked on an unusual quest: becoming a Crossfit athlete. Crossfit gyms are known for high-intensity workouts, and their members often consider their “box” to be like a family as they bond over workouts that test strength and resolve. | Portland Press Herald >>

The Beulah resident joined in the pushup challenge on social media, but he also wanted to do something to reach out to fellow veterans in his community. He sees the military license plate boarders, embroidered ball caps and flags proudly flown in front yards and wonders if any of those men and women are in need of support. | Traverse City Record Eagle >>

“Oh it’s amazing! It feels like America still cares – especially just having that support just makes us feel special and welcome,” says Army Veteran Jen Goodbody. With a little less than 200 miles left, on Thursday the veterans will continue their ride to recovery starting off at Oceano Elementary School where elementary students will get to ride their bikes alongside them. | KCOY >>