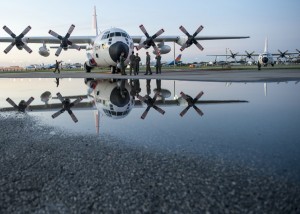 The Department of Veterans Affairs announced Friday that more money, training and employees would be part of an effort to correct the Phoenix VA Health Care System after an inspection found veterans continue to suffer with long waits for appointments with specialists. | Military.com >>

A Colorado Springs hospital chain is locking arms with the Army to give former troops a boost on the civilian job market. Penrose-St. Francis Health Services inked an agreement last week with Army officials, agreeing to give former soldiers a guaranteed interview for jobs under the “Partnership for Youth Success.” | Stars and Stripes >>

Numerous Hirepurpose partner companies have industry-leading training programs or entry-level opportunities that will eventually lead to long and exciting careers. These military-friendly companies have locations all over the United States, and since many of them don’t require applicants to have four-year degrees, they’re perfect for transitioning service members, veterans, and student vets. Take a look. | Task and Purpose >>

“We have been battling ISIS for more than two years,” Abadi said during a televised meeting with journalists and political analysts. “We started fighting ISIS in the outskirts of Baghdad, and thank God we are now fighting them in the outskirts of Mosul, and God willing the decisive battle will be soon.” | CNN >>

Security forces in Afghanistan claim to have pushed the Taliban from parts of a key southern provincial capital and inflicted heavy casualties on the opposition as insurgent hostilities appear to have subsided in other conflict-hit provinces. | Voice of America >>

This weekend in Baghdad, tech entrepreneurs and local government officials gathered at the Fikra Fair to network, demo their apps and show the world that Iraq has more to offer than oil. | Tech Crunch >>

The Air Force wants to extend a training area onto a portion of the 1.6 million acres that make up a massive wildlife refuge north of Las Vegas. Defense Department plans announced in August that would expand the Nevada Test and Training Range by more than 300,000 acres. | SF Gate >>

“When you need to actually use a tourniquet is the wrong time to figure out which version you have and how to use it,” he said in a statement. “Soldiers need to look at their tourniquets and become familiar with the version they have been issued by carefully reading the printed instructions that come with each CAT.” (Photo Right) | Army Times >>

The USS Zumwalt has a sleek, streamlined appearance and will be fitted with some of the military’s most advanced weapon systems. The Zumwalt sports an advanced power plant that Navy planners hope to use to support next generation weapons like railguns or laser systems. | Business Insider >>

In the coming weeks and months, Haiti-ravaged by Hurricane Matthew-will see millions worth of international assistance and disaster relief organizations funneled into the impoverished country. | CNBC >>

Wells, a Boca Raton resident and Florida Atlantic University graduate, is one of 10 veterans who will appear on CBS Sports’ “Power Triumph Games,” a mini-series that pits veterans who have overcome an injury against each other in military-style obstacles for a $50,000 prize. The series was filmed over the summer and airs its first segment Monday, Oct. 31. (Photo Right) | Palm Beach Post >>

After weeks of walking through rain and fog, with the occasional swollen feet, Army veteran Brian Moore walked his last mile Thursday afternoon of a solo, 220-mile journey across various trails in Virginia to bring awareness to an issue very close to his heart: suicide among veterans. | Richmond Times-Dispatch >>