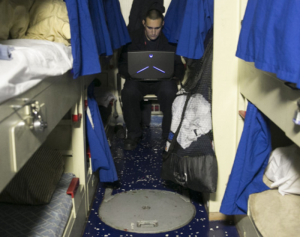 U.S. Senator Gary Peters (MI) today announced that he has cosponsored bipartisan legislation to improve the Veterans Crisis Line (VCL), a 24-hour, toll-free hotline that veterans across the country can call to speak to a responder trained in crisis management. | ABC10 >>

U.S. Department of Veterans Affairs suicide prevention coordinators (SPCs) have a challenging but rewarding job: they help to identify veterans in crisis and get them the support they need to transition to healthy, productive lives. | Midland Daily News >>

Outgunned and surrounded by Taliban fighters in a chronic combat zone of southern Afghanistan, the police officers and soldiers thought they had negotiated passage to safety. They had walked into a trap. | The New York Times >>

An ugly public feud between two key U.S. allies in the fight against the Islamic State will not affect plans for recapturing a key city from the group, a Pentagon spokesman said Wednesday. | The Washington Post >>

Taliban militants ambushed and killed around 100 Afghan police and soldiers earlier this week as they tried to retreat, the heaviest losses suffered by government forces during months of fierce clashes near the capital of southern Helmand province. | Reuters >>

The world’s most powerful naval force — the United States Navy — was born from very humble beginnings. Oct. 13 is the Navy’s 241st birthday, and it’s a chance for all Americans to pay tribute to a hardworking branch of America’s military that is always ready to answer the call of duty. | Fox News >>

Aboard the amphibious assault ship Iwo Jima – This ship loaded with supplies arrived off the Haitian coast around noon Wednesday and immediately launched relief flights into the country’s southern region, moving food and necessities to the country’s most affected areas. | The Navy Times >>

The Navy retaliated for missiles fired at its ships off the coast of Yemen in recent days by destroying three radar sites in rebel-held territory, the Pentagon announced late Wednesday. | USA Today >>

As the veteran climbed the dirt hill on his mountain bike, pumping his legs and ignoring the burning in his quads, his teammates yelled words of encouragement. The heat and humidity beat down on him but he was in his homeland, Puerto Rico, and he wasn’t going to let this 50-kilometer race through mud and hills defeat him. He’d been through worse. | Defense.gov >>

West Springfield’s iconic war memorial on the town green is getting an upgrade. West Springfield veterans and volunteers from Home Depot worked all day to improve the site and replacing half a dozen flag poles. | WWLP.com >>

A group of wounded servicemen and women will have the opportunity of a lifetime this weekend. On Saturday, 10 armed forces veterans and five sponsors will go skydiving at the Skydive Suffolk facility. | Suffolk News Herald >>