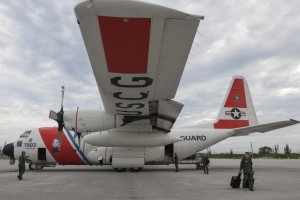 Facing allegations it manipulated the veterans’ employment preference, the Justice Department has been ordered not to hire a non-veteran. The position is on hold during an Office of Special Counsel investigation. | The Washington Post >>

Finding effective treatments for veterans with post-traumatic stress disorder has been a challenge for the mental health community. Outside of a handful of medications and a few talk therapies, treatment choices for veterans are limited. And that’s if they can tolerate them. | Military Times >>

Virginia Attorney General Mark Herring has requested a criminal investigation after Virginia’s Department of Veterans Services (DVS) discovered documents, including veterans’ claims, that may have been in a former worker’s storage unit for years. | AOL >>

The lead-up to the assault has already brought some U.S. forces into combat with the militants. Special operations forces carry out raids alongside Iraqi troops inside IS-held territory around Mosul. And now as Iraqi forces prepare for the operation to retake the city, those raids have increased in frequency, according to a coalition official, who spoke on condition of anonymity as he was not authorized to brief the media. | Military Times >>

A suicide car bomber killed more than 14 people, mostly police officers, and wounded many more in an embattled key provincial capital in southern Afghanistan, hours after Taliban insurgents staged a major assault and forced their way into the city. | Voice of America >>

Iraq’s supreme court struck down key reforms proposed by Prime Minister Haider al-Abadi on Monday, marking another setback for the increasingly isolated leader as he seeks to unite the country ahead of a march on the Islamic State-held city of Mosul. | The Washington Post >>

The U.S. Army will soon equip units from the 82nd Airborne Division with special radios designed for satellite-denied battlefields, despite a Pentagon memo criticizing the system’s performance during recent field tests. | Military.com >>

The unit, 3rd Battalion, 5th Marines, out of Camp Pendleton, California, will team up with Yuma-based Marine Fighter Attack Squadron 121 for a variety of training evolutions before the units deploy together to the Pacific with the 31st Marine Expeditionary Unit next year. | Military.com >>

On Sunday evening, the United States destroyer Mason, while conducting routine operations in international waters, detected two missiles fired at the ship in under an hour, according to a statement from Capt. Jeff Davis, a Pentagon spokesman. | The New York Times >>

For vets who want to go into business for themselves, one of the key advantages to franchising is the support structure that franchise brands offer. The extent and quality of that support varies from one company to another, however. | Military Times >>

Sunday morning in Rockville, Maryland, De La Rosa was in the crowd when Pierce took the stage to speak. After saying how much Luke’s Wings does for wounded warriors, he called De La Rosa to the stage, told their story, then dropped to a knee and proposed. | NBC4 >>