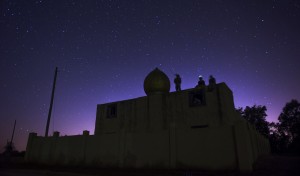 Your military strategic skills may be required to map out a plan to take advantage of the many Veterans Day deals and discounts: Depending on your location, you might be able to squeeze in a free haircut and a free flu shot between your free breakfast and your free lunch. | Military Times >>

While U.S. Defense Department officials have made clear it has no problem with requiring women to register for the draft, lawmakers in Congress appear poised to dodge the issue in the upcoming battle over the defense policy bill. | Military.com >>

I invite all 50,000,000 and all who support their sacrifices, those with the wounds of war and those remembering heroes gone, to resurrect our Flag this 2016 Veterans Day. | Huffington Post >>

There are bodies here and they were dumped on piles of trash in a windswept field of dirt at the edge of a small Iraqi town that until two days ago had been occupied by Islamic State fighters. Other things were less clear. | The Washington Post >>

Judging by the huge number of bullet holes that penetrated a house in this northern Iraqi town, the sniper who had been defying Kurdish and American forces should have died quickly. | Reuters >>

Modern warfare is not cheap. But even among the priciest and most cutting-edge battle machines, the USS Zumwalt is in a class apart. The warship is the most expensive destroyer in the history of the Navy, costing about $4.4 billion. | The Washington Post >>

New rules approved by Navy Secretary Ray Mabus allow transgender people to join without fear of discrimination and allow sailors and Marines to receive gender transition treatment and surgery, provided a military medical provider says the surgery is “medically necessary” and that their plan gets the OK from their commanding officer. | Navy Times >>

A Zika virus vaccine was injected into 75 healthy adults on Monday at the start of human trials of the vaccine developed by the Army, Defense Department officials announced Tuesday. The vaccine was developed by scientists at the Walter Reed Army Institute of Research as part of the DoD response to the ongoing Zika outbreak in North America, South America and Southeast Asia. | Army Times >>

Kevin Trimble’s life changed forever on September 18, 2011. A private in the army, his unit was sweeping a village in Afghanistan for IEDs when, as he puts it, they found one the hard way. Specialist Ryan James Cook, the soldier who stepped on the IED, died immediately. Kevin was standing eleven feet away and lost both legs and his left arm. | NPR >>

In a war zone, there are two armies: the one doing the fighting and the one aiding fleeing civilians. Caleb Drown has served in both in Iraq, first as a Marine and now as an aid worker. | Stars and Stripes >>

Just before the UCF football team takes the field this Saturday, defensive lineman Rory Coleman will lead the Knights in their adopted game-face ritual. It’s a pregame routine that the walk-on has directed before each game this season. His background as an Army Veteran and Purple Heart recipient certainly made him the right man for the job. | NCAA >>