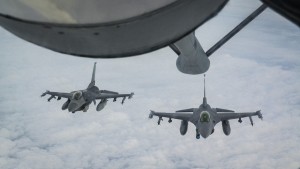 “If we deny veterans the opportunity to go to these schools, not only do we deny them the same opportunity that others have, but we don’t give our future leaders a chance to meet them,” said Peter Kiernan, a Columbia University student who served six years in the Marine Corps. “They don’t get a chance to learn what it was like on the ground in Afghanistan or what combat is really like. These are important lessons that make them better leaders.” | ABC News >>

In a memo obtained by the Los Angeles Times on Monday, Maj. Gen. David Baldwin said the California National Guard needed help finding thousands of soldiers who received alleged improper bonuses or other benefits during the U.S.-led wars in Iraq and Afghanistan about 10 years ago. The bonuses were paid to entice more people to enlist during the height of the conflicts, a 2013 Inspector General’s report deemed some excessive. | Fox News >>

They ended up getting caught, and vice president David Gorski was indicted for Conspiracy to Defraud the United States. That was in 2012. But somehow, the Department of Veterans Affairs (VA) continued to pay the company $5 million after Gorski’s indictment. After he was later convicted, sentenced to two and a half years in prison, and fined $1 million, the government still shelled out an additional $163,000, WBZ reported. | Law Newz >>

That white plume was captured by NASA satellites on October 22, shortly after ISIS militants set fire to a large sulfur plant in the area. The resulting sulfur-dioxide pollution, which can cause severe respiratory problems and irritate the eyes and throat, has killed two people and sent at least 1,000 others to hospitals. US forces in the region have donned gas masks and other protective gear in response. | Vox >>

ICC Chief Prosecutor Fatou Bensouda is expected to begin the investigation within the next few weeks, between the conclusion of the presidential elections and the end of the year, according to the article that cited “several knowledgeable sources.” U.S. officials reportedly traveled recently to the court, which is located in The Hague, Netherlands, to discuss the investigation and what it would entail. | International Business Times >>

Iraq has asked international oil companies (IOCs) to shut down prestige offices among the glittering towers of Dubai, through‎ which they used to run their oil operations in Iraq, as a way to rein in their budgets, three industry sources said. | Reuters >>

The Navy’s brass heard “loud and clear” that sailors felt broadsided by the rollout a month ago of the enlisted modernization plan — which included the elimination of ratings titles — and they didn’t feel they were given enough say, the chief of naval personnel said Tuesday. | Stars and Stripes >>

Three Connecticut lighthouses that went up for auction this summer could have new owners in the next year, including one in New Haven Harbor that could be turned into a marine sciences research center for middle school, high school and college students. | The Hartford Courant >>

The U.S. Air Force appears to be struggling to preserve its only nuclear-armed cruise missile, the Williams International F107-powered Boeing AGM-86B air-launched cruise missile (ALCM). The Air Force tells Aviation Week that the “Williams F107 engine is and continues to be very reliable,” with only two flight-test failures recorded in 1985 and 1990, respectively, but a contracting notice published on Oct. 17 paints a different picture. | Aviation Week >>

Rebecca Stone, a first-year information studies graduate student, is an 11-year veteran and wounded warrior who served during the Iraq War. Over the past few years, she has logged more than 2,300 hours of community service for 18 different organizations, according to Katie Kuehn, spokeswoman for the Governor’s Office of Community Initiatives. | DBK News >>

Unfamiliar with using a turkey call, the veterans watched and listened as Petzoldt, a Winside, Nebraska, veteran, called out to attract the birds. By the end of the trip, the two rookie turkey hunters had not only tried the call themselves, but had become pretty good at it and were having a great time. | Sioux City Journal >>

“It wasn’t long after I left Fort Bragg when my PTSD kicked in,” he said. He attended counseling sessions and decided that he needed to get away from the reminders of his 12 years of active duty, much of it spent in Iraq that was followed by another four years of intelligence work for the U.S. Army’s special forces team at Fort Bragg in North Carolina. | Daily Bulldog >>