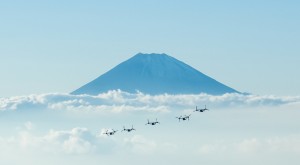 VA officials had no immediate comment on Smothers’ claim that he was punished for speaking up but said the agency does not tolerate retaliation. They said previously they take any allegation about unauthorized wait lists seriously and were cooperating with an inquiry. | The Washington Times >>

A women’s memorial at Arlington National Cemetery is in jeopardy. Northern Virginia Bureau Reporter David Culver spoke with women who are campaigning to keep the memorial open. | NBC Washington >>

Iraqi authorities have declined to give a timeline for recapture of the whole city, but it is likely to last for months. The militants have launched waves of counter-attacks against advancing forces, tying them down in lethal urban combat in narrow streets still full of residents. | Reuters >>

In the largest influx of refugees returning to Afghanistan since the fall of the Taliban regime in 2011, more than 1 million Afghans have returned home — one-fifth of them involuntarily — from neighboring Pakistan and Iran this year, the International Organization for Migration (IOM) said Wednesday. | Voice of America >>

But hundreds of thousands of civilians still remain in the city. And the ferocity and magnitude of IS counterattacks and defenses in Mosul is unlike anything Iraqi forces have confronted in the fight against the militant group so far. As a result, overwhelming force can’t bring swift victory, and the campaign is likely to take weeks. | ABC News >>

Overall, American military power is just “marginal” and trending toward “weak,” according to the 2017 Index of U.S. Military Power, released Wednesday by the Heritage Foundation, a conservative think tank based in Washington, D.C. The scores are based on the military’s “capability or modernity, capacity for operations, and readiness to handle assigned missions successfully,” the document states. | Military Times >>

In response to a WhiteHouse.gov petition asking for the decision to be reversed, an executive branch official wrote in a Tuesday post that the petition was here to stay and praised the Navy for a move that was set to improve sailors’ job prospects as they transitioned to civilian life. | Task and Purpose >>

“We are challenged with big data analytics,” Brig. Gen. Patricia Frost said at Federal Times’ CyberCon conference in Washington on Wednesday. The Army and the other services are working on how to cull through “a tremendous amount of data” in a way that brings appropriate knowledge or information to the decision-makers in the field. | Federal Times >>

TriStar Southern Hills nurse Justin Laferty was injured in Iraq nearly 13 years ago when his Humvee flipped. A medic saved his life, which also changed his life. Laferty became an Army medic to thank the medic who was there for him. | News Channel 5 >>

As the sun rises on another Central Texas morning, light streams into Rob Neumeyer’s motorcycle repair shop, KMA Cycles on Holland Road in Belton. About a dozen motorcycles fill the small space inside the shop. Each one roars to life as Neumeyer, 36, moves the bikes outside into the open before beginning his daily repair work. The job is a change in pace from Neumeyer’s previous one – a career in the United States Marine Corps. | The Belton Journal >>

Perhaps it doesn’t matter, because something else motivates people who adorn their bodies with tattoos, said Danan Sander, Richmond’s newest entrepreneur.
“Tattoos are addicting,” said Sander, who opened a tattoo parlor, Inspired Ink, in town earlier this month. | Richmond News >>