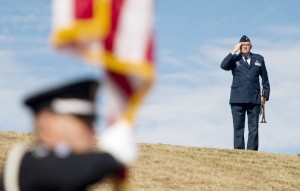 The Obama administration last year continued its seven-year-old commitment to bringing veterans into the federal government, with former service members making up 44 percent of all full-time hires. | The Washington Post >>

A new survey of female military veterans and service members shows most perceive the public doesn’t recognize or value their service the way it does their male counterparts, and their contribution isn’t adequately portrayed in the news and entertainment media. | Military.com >>

“VA has been and will continue to explore a regulatory change that would allow VA to perform gender alteration surgery and a change in the medical benefits package, when appropriated funding is available,” the VA said in a statement Monday. | The Hill >>

It’s the most important battle in the war against the self-proclaimed Islamic State to date: the fight to retake Mosul, the terror group’s Iraqi capital. But so far, the U.S. military does not know how many ISIS fighters have been taken prisoner, a senior defense official explained to The Daily Beast. | The Daily Beast >>

A suicide bomber killed six people in the Iraqi town of Ain Al-Tamur, but authorities killed another five would-be attackers and prevented them from detonating their devices. ISIS’ media wing, Amaq, claimed responsibility for the attack. | CNN >>

“What Hack the Pentagon validated is that there are large numbers of technologists and innovators who want to make a contribution to our nation’s security but lack an avenue to do so,” said Army Secretary Eric Fanning when announcing the new initiative in Austin, Texas, on Nov. 11. | FCW >>

Something roused the U.S. Marines “sleeping” on the ground around the Ie Island airstrip off the coast of Okinawa. The night watchman rushed into the tall grass, peering through his rifle scope. Another Marine popped up, then another, silhouettes in pitch-blackness. Night vision cast its all-seeing gaze, and soon, there were rifles pointed toward the windswept grasslands and jungle. | Stars and Stripes >>

The GPS-guided, rocket-powered projectiles developed for the new 155mm Advanced Gun System currently cost about $800,000 apiece, nearly as much as a cruise missile, making them too expensive for the Navy to buy in large quantities for the stealthy USS Zumwalt, according to officials. | Military.com >>

Athletes of Valor has noted that team sports can have an extremely positive impact on veterans by providing them with purpose, a natural support structure and a way to magnify some of their best talents. The power of collegiate sports is an ideal way to support the transition from service to career, the organization believes. | Forbes >>

“It’s quite important,” Kiefer said. “I have a granddaughter that’s got 19 years in the Air Force and I want to see, when she finally retires, I want to see they’re still getting recognized for some of the service they do.” | ABC 6 News >>

As the tragic pace of military suicides continues across the United States, as profiled in the TEGNA series ‘Charlie Foxtrot’,multiple organizations formed to combat the problem, often staffed by veterans themselves, continue to grow in North Texas. | WFAA >>