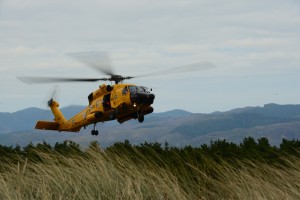 Harry was inspired to create the Paralympic-style sporting competition for injured and sick servicemen and women after his two tours of duty in Afghanistan. The Invictus Games have been staged in London and in Orlando, Florida, and are to be hosted by Toronto next year. | Military Times >>

“I would like to get closer and closer to zero,” said Matt Leslie, who has coordinated the effort for the Virginia Department of Veterans Services. “The reality is, we’ll probably never get to zero because people’s situations change dramatically. We’re also a state that is growing in veterans.” | Stars and Stripes >>

He was a son, a father, a boyfriend and a veteran. After serving two tours in Iraq as a combat engineer, 32-year-old Curtis Gearhart found love and friendships. What he didn’t find was timely help from the V.A., reports WHO. | WQAD >>

A suicide bomber dressed as a laborer blew himself up and killed four Americans Saturday at the largest U.S. military base in Afghanistan, Defense Secretary Ash Carter said. Two of the victims were U.S. service members and two were contractors, according to a statement released by the Department of Defense. | NY Daily News >>

Four weeks into the campaign to crush Islamic State in Mosul, the city is almost surrounded but the jihadists’ defenses have so far been breached only to the east, where they have battled elite troops for control of around a dozen districts. | Reuters >>

A day after a suicide bombing at a U.S. military base in Afghanistan killed four Americans, the U.S. Embassy in Kabul announced it would shut down “as a temporary precautionary measure,” the Associated Press reported. | USA Today >>

And some of the jobs with large numbers of retraining slots could help the Air Force address its maintenance shortfall. For example, the 3S211 education and training AFSC — which has 167 retraining-in slots for first-term airmen and 33 staff sergeant slots, a total of 200 — is responsible for developing maintenance, operations and support training programs. | Air Force Times >>

The Navy decided to implement its preferred plan after a lengthy review that included a determination from the National Marine Fisheries Service that the exercises would not have major impacts on endangered orcas and other marine mammals. It announced its decision on Nov. 4. | SFGate >>

In July, the United States teamed with India, the world’s second-largest contributor to international peacekeeping forces, to train African military officers and expand its influence in developing nations. Experts say the partnership, a first in U.S.-Indo relations, will serve two purposes: to draw the U.S. closer to its most important Asian ally and expand upon a key tenet of Western foreign policy. | Military Times >>

One of the speakers was Todd Corbin, who Tuesday defeated incumbent Dane Howard in the race for Huron County sheriff. Corbin is a former Marine and Navy Cross winner for his efforts in saving fellow officers during a bloody battle in Hadithah, Iraq. | Norwalk Reflector >>

Auguste was one of 40 or so military veterans and community members practicing yoga and relaxation techniques at Warrior Wednesday, a monthly forum hosted by United Way of Miami Dade as part of its Mission United veterans support group. | Press of Atlantic City >>

After high school she joined the military. She was injured in Iraq then sent to Fort Benning, GA to heal. “I thought I was going to stay in Georgia then life started spiraling out of control again then the amphetamine addiction had completely taken control.” | ABC3340 >>