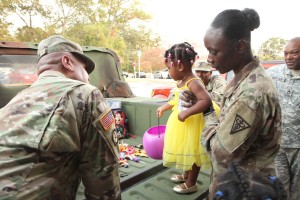 An analysis from the nonpartisan Veterans Campaign shows that for the first time in 70 years, Congress could boast fewer than 100 veterans in the House and Senate in 2017. That is due in large part to retirements of World War II, Korean War and Vietnam War veterans, and the aging of America’s veterans population as a whole. | Military Times >>

More than 300 senior executives of the troubled agency received $3.3 million in bonuses, for an average payment of about $10,000 each. The non-executives received about $900 on average. | USA Today >>

“While everybody seems to be mostly focused on the health care that veterans are getting at the VA, it sort of went unnoticed that 80 percent of veterans get most of their health care from civilian providers,” said Jeffrey L. Brown, M.D., a clinical professor of pediatrics at New York Medical College who also teaches at Weill Cornell Medicine. | Stars and Stripes >>

A dozen Afghan army officers sat at a conference table covered with maps showing the locations of troops and military bases across northeastern Afghanistan. One by one, the officers stood to address the brigadier general at the head of the table, Abdul Malik, who listened to their reports on various aspects of the day’s war effort. | San Antonio Express-News >>

“We will enter the city of Mosul soon and liberate it from Daesh,” said Brig. Gen. Haider Fadhil of Iraq’s special forces, using an Arabic acronym for the extremists. He added that more than 20 militants had been killed while his forces suffered only one light injury from a fall. | Stars and Stripes >>

It also said poverty, unemployment, underemployment, violence, emigration, internal displacement and the education gender gap have all increased while services and private investment decreased. | The Hill >>

Palantir, the secretive Silicon Valley technology company that creates tools to mine and analyze large quantities of data, just won an important legal battle against the US Army. The company was protesting the way the Army accepted bids to create an upgraded version of its Distributed Common Ground System, a multi-billion dollar project that helps organize and coordinate efforts across different military branches. | Gizmodo >>

A petition to the White House to halt the U.S. Navy’s abolition of sailors’ traditional ratings that are more than two centuries old has topped 100,000 signatures, above the number needed for an official response, according to the online petition site. | Reuters >>

The games, in their second year, award a $50,000 first-place prize. Events for the 2016 event included activities West Point cadets must complete in order to graduate – even the long-serving Indoor Obstacle Course Test, which event organizers said was not modified for the contest. | Military Times >>

“Many are from right here in our hometown and nobody knows about it,” Bond said. “So, because of that, we all agree we’re not going to leave our brothers behind. When we sign up for the military, you say, you agree you’re not going to leave them behind and yet that’s what it seems like we’re doing. dying in their own homes.” | ABC 30 >>