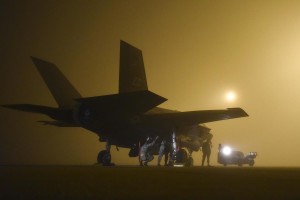 “Every day, I wear a bracelet on my wrist to remember my buddy who got blown up by a car bomb when we were deployed in Iraq in 2005, but today I’m thinking about the troops we have on the ground there now,” said Jaslow, who is now chief of staff for the nonprofit Iraq and Afghanistan Veterans of America. | The Washington Post >>

It’s been almost three years since a whistleblower shocked the nation by disclosing that 1,400 of veterans languished without care at the Phoenix, Arizona, Veterans Affairs Hospital — and new whistleblowers say little has changed except for the harassment they’ve received. | NBC News >>

And company executives say they hope they’re becoming the go-to place for both kinds of conversations above: veterans and transitioning service members seeking a nexus to careers and opportunities in the civilian sphere, and active-duty troops looking to communicate and connect with other service members anywhere in the world. | Military.com >>

Iraqi lawmakers said Sunday that they might ban U.S. nationals from entering the country in retaliation against U.S. President Donald Trump’s executive order on Iraqis in the U.S., a move that could hinder the fight against ISIS. | Time >>

The only insurgent leader to sign a peace pact with Afghanistan’s government will return to the country within weeks, his chief negotiator says, in a move that could shake up Afghan politics and complicate the much wider war against the Taliban. Gulbuddin Hekmatyar, a former warlord who battled U.S. forces after the 2001 invasion and nursed a bitter rivalry with other Afghan factions, agreed to lay down arms last year. | Fox News >>

The Iraqi government has so far declined comment on an executive order signed by new U.S. President Donald Trump on Friday that suspends the entry of travelers from Iran, Iraq, Libya, Somalia, Sudan, Syria and Yemen for at least 90 days. The order stirred angry reactions in Iraq, where more than 5,000 U.S. troops are deployed to help Iraqi and regional Kurdish forces in the war against IS insurgents. | Reuters >>

The incident marks the first time a member of the U.S. military has died in combat since President Donald Trump took office a little more than a week ago. The ground operation, which had been planned for months, was authorized by Trump, according to U.S. officials familiar with the mission. Trump has pledged to wage a more aggressive campaign against militant groups worldwide. | The Virginian-Pilot >>

Known as Main Command Post – Operational Detachments, or MCP-ODs, these units are designed to beef up whittled-down active Army headquarters elements that were cut from about 700 people to 500 in fiscal year 2016 because of budget constraints. The MCP-ODs are meant to provide headquarters elements with the additional manpower for areas such as intelligence, operations and logistics. | Army Times >>

Parris Island, hidden from the Atlantic by a tangle of sparkling rivers, looks like the perfect holiday spot. But this is where all female marines come to be trained. Or “reprogrammed”, as some prefer to say. And it’s far from serene. For three months now they’ve been screamed at by merciless Alsatian-like instructors and exercised to exhaustion. They’ve been stripped of their purses, their phones, their feelings, their personalities. | BBC News >>

Norwood recently medically retired from military service due a traumatic brain injury and suffering PTSD. He reached out for help with a GoFundMe campaign to help with bills while he looked for a job. His friends in the volleyball community decided they could help raise money, too by hosting a charity tournament. | Northwest Florida Daily News >>

A veteran of Afghanistan, Maj. Lisa McCranie is a pilot to the core, so steeped in the culture of never showing weakness that she hid every symptom of post traumatic stress disorder even as the weight of war began to crush her spirit. Years in uniform and the bulk of 2,800 hours in the cockpit went by — 1,100 of them in combat — before she even realized she had PTSD. | San Antonio Express-News >>

The receiver on the opposing team had one arm. The pass rusher was missing the bottom half of his body. As they warmed up, I turned to a teammate and muttered, “I hope we don’t win, but it might be hard not to.” | Orlando Sentinel >>