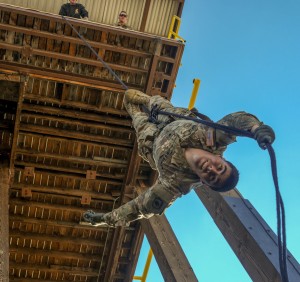 U.S. Sen. Marco Rubio, R-Fla., has brought back his proposal to reform the U.S. Department of Veterans Affairs. Last week, Rubio reintroduced his “VA Accountability First and Appeals Modernization Act.” Back in July, Rubio teamed up with then U.S. Rep. Jeff Miller, R-Fla., who was serving as the chairman of the U.S. House Veterans Affairs Committee, to bring out the bill last summer. | Sunshine State News >>

The number of high-dose opioid painkiller prescriptions written to veterans has declined following the release of a Veterans Health Administration plan to reduce the potentially addictive substance, according to a new study conducted by the University of Michigan and Ann Arbor researchers. | The Michigan Daily >>

Al Baldasaro says he’s being “vetted” for the number two position at the Veterans Administration. The six term Republican state representative from Londonderry, who spent two decades serving in the U.S. Marines, was a big Trump backer during the 2016 presidential campaign. Trump often referred to Baldasaro on the campaign trail as “my favorite vet.” | New Hampshire 1 News >>

Iraq’s prime minister on Monday ordered an investigation into violations of human rights and other abuses purportedly committed by government troops and paramilitary forces battling the Islamic State group to retake the city of Mosul. | The Washington Post >>

The Taliban has called on President Donald Trump to withdraw U.S. forces from the “quagmire” of Afghanistan, saying that nothing has been achieved in 15 years of war except bloodshed and destruction. In an open letter to the new U.S. president published on one of its official web pages, the insurgent movement said the United States had lost credibility after spending a trillion dollars on a fruitless entanglement. | Reuters >>

President Trump has promised since his days on the campaign trail to wipe out the Islamic State of Iraq and Syria (ISIS), and while it’s still unclear how he’ll change U.S. policy to try and make good on that vow, the U.S.-backed fight with the Islamic extremists is about to take another significant turn on the ground. | CBS News >>

The core of the Army’s ground combat systems is under threat of being seriously outmoded by foreign adversaries like Russia, China, and North Korea, according to the Congressional Research Service. Developed primarily in the 1970s, the Army’s fleet of main battle tanks, tracked infantry fighting vehicles, tracked self-propelled artillery and multiple launch rocket systems were designed to battle a larger Cold War adversary, a report produced by CRS explains. | Military Times >>

USS George H.W. Bush strike group sailors and their families finally said goodbye on Saturday after an extended maintenance period caused a monthlong postponement of its deployment to the Mediterranean and Middle East. The Norfolk-based carrier’s delay highlights the Navy’s continuing struggle to maintain readiness more than two years since the introduction of the Optimized Fleet Response Plan, which is meant to get the fleet back on track after years of high demand. | Military.com >>

President Trump will nominate former Rep. Heather Wilson (R-N.M.) to be the secretary of the Air Force, the White House announced Monday. “Heather Wilson is going to make an outstanding secretary of the Air Force,” Trump said in a statement. “Her distinguished military service, high level of knowledge and success in so many different fields gives me great confidence that she will lead our nation’s Air Force with the greatest competence and integrity.” | The Hill >>

A bad infection on his arm from a heroin needle landed him in the hospital. “It was scary, and I needed surgery, but it was a blessing in disguise,” he said. While in the hospital, waiting for surgery, Taylor says he leaned on his faith and realized he needed to make a change. He was sent to a trauma recovery center in Palo Alto, California, where the group therapy program finally worked. “I was finally among people who knew how I was feeling. I knew they were going through same things and recovered. They could relate, and it was a connection I had with them,” he said of the therapy program. While that connection helped him cope, finding a new purpose was also important. | AZFamily.com >>

A “marathon mass casualty” is how American volunteer Pete Reed sums up his work providing medical care to Iraqi soldiers and civilians in this city. Reed, 27 of Bordentown, N.J., did two Afghan tours as a noncommissioned officer in the Marine Corps from 2007 to 2011 before a four-year stint as an emergency medical technician. He’s been in Iraq since 2015. | Stars and Stripes >>

Howard joined the Marine Corps in 1999 and served five years, retiring in 2004. Assimilating into civilian life proved difficult for him, as it can be for many veterans. “The military is very high-paced, and there’s always someone to watch your back,” Howard said. “In civilian life, you don’t always have someone to watch your back … It’s more cutthroat. People are always looking for that next step on the ladder. But it doesn’t have to be that way. This company isn’t going to be that way.” | The Frederick News-Post >>