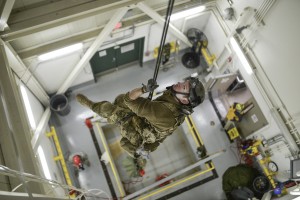 In many ways, the Trump administration is like the dog that caught the car. They’ve been blasting VA for two years. Now they’ve got to run it. So Dr. Shulkin can definitely help them do that, and he has an obligation also to stand up to Trump. | NPR >>

Outgoing Veterans Affairs Department Secretary Robert McDonald said he looks forward to being able to “go to the pool and drink pina coladas” once his time leading the department comes to an end. But before the incoming Trump administration takes over, McDonald offered attendees of the Student Veterans of America National Conference some advice and perspective. | Military Times >>

In its annual report, the London-based Iraq Body Count reported that 16,361 Iraqi civilians died in 2016. The northern province of Nineveh was the worst hit, with 7,431 people killed. The capital, Baghdad, was next with 3,714 civilians killed, the research showed. | The Washington Post >>

The US military in Afghanistan has confirmed that dozens of civilians were killed during a special forces raid near the northern city of Kunduz last year, but ruled that the US troops had acted in self-defense. The investigation followed claims that civilian deaths resulted from airstrikes called in to support Afghan and US forces who came under fire in the province’s village of Buz-e Kandahari. | The Guardian >>

Iraq is abiding by an agreement among global oil producers to cut production and wants to see an oil price of around $65 a barrel, the country’s oil minister said in Abu Dhabi on Thursday. Iraq is “hoping for a better price”, Jabar Ali al-Luaibi told reporters on the sidelines of a conference. “We are looking at $65, something like that”. Brent crude is now around $55 a barrel. | Reuters >>

The Navy is expanding the mission portfolio of its emerging submarine-hunting drone ship so that it can conduct surface warfare missions, fire weapons and launch electronic attacks, service developers said. | Business Insider >>

The military branch is easing up on its tattoo policy to bring in new recruits. Cannon Air Force Base in Clovis is one of the many places that may be seeing more body art on their airmen in the near future. A statement released by the U.S. Air Force Thursday outlined a new tattoo policy. The previous rule stated recruits with tattoos covering more than 25 percent of their bodies could be disqualified from joining. That rule has been thrown out. | KXAN >>

President-elect Donald Trump’s selection to be defense secretary emerged from his confirmation hearing Thursday with seemingly broad support, after he took a strong posture against Russian President Vladimir Putin and answered tough questions on women and gays in combat. | CNN >>

“Each of the eight student veterans in ‘Separated’ has a compelling and necessary story to tell,” Bass said. “Taken as a whole, their narratives of courage, fear, doubt, perseverance, purpose, uncertainty, loyalty, vulnerability, struggle and survival create a​ moving portrait of human truth. It’s thrilling and an honor to be entrusted with the stories of their experiences.” | Eagle News Online >>

Art Davis left the Navy after 12 years. He’s now a peer support specialist, because he’s the guy who gets it. “When I got home, I struggled. But I got the help I needed here at the VA and ended up turning around and helping other guys here.” | WKYC >>

An American flag, a 60 pound backpack and the determination is all that a retired Army Veteran needs to get through his 2,200 mile journey across the country, on foot. After serving for 15 years in the Army, Ernesto Rodriguez decided to make a change and help those who have PTSD and spread awareness for veterans suicide. | Big Country Homepage >>