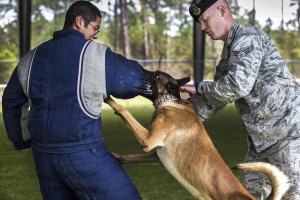 A senate panel quickly and easily approved Tuesday the nomination of David Shulkin to be Secretary of the Department of Veterans Affairs. Members of the Senate Veterans’ Affairs Committee gathered for a fast vote off the Senate floor Tuesday afternoon. They voted 14-0 to approve Shulkin’s nomination, with no dissent. | Stars & Stripes >>

White House officials did not release any other details of the event, other than the meeting followed a similar listening session with President Trump and county sheriffs discussing local law enforcement issues. A press pool event to take pictures of the meeting was cancelled shortly before the veterans meeting began. But Sen. Jerry Moran, R-Kansas, said White House officials told him the meeting was with health care executives, and that veterans groups would be invited for a similar session later. | Military Times >>

If you’ve never heard of couch-surfing before, it could turn out to be pivotal to any in-depth discussion of female veteran homelessness. The federal government does not recognize it as a form of homelessness, and because of that, Washington overlooks a large percentage of women veterans who lack permanent housing and consequently fly beneath the radar of what constitutes veteran homelessness in America. | Huffington Post >>

The documents in the Islamic State file hinted at signs of rebellion within the ranks of its foreign fighters. A Belgian militant had a medical note saying he had back pain and would not join the battle. A fighter from France claimed he wanted to leave Iraq to carry out a suicide attack at home. Several requested transfers to Syria. Others just simply refused to fight. | The Washington Post >>

At least 20 people are dead after a suicide blast Tuesday outside Afghanistan’s Supreme Court in Kabul, police and other officials told CNN. A suicide bomber detonated his explosives in a parking near the court in the Afghan capital, according to Basir Mojahid, spokesman for Kabul’s chief of police. | CNN >>

Some 30,000 people have returned to Mosul since Iraqi forces launched a massive operation in October to retake the country’s second largest city from the Islamic State group, the U.N. said Tuesday. The number of returnees has increased since Iraqi forces drove the militants from the eastern half of the city last month, according to U.N. Office for the Coordination of Humanitarian Aid. | Stars & Stripes >>

Philippine President Rodrigo Duterte has given the go-ahead for the U.S. military to build barracks and fuel depots in designated local camps where American forces are allowed to temporarily station under a 2014 defense pact, Defense Secretary Delfin Lorenzana said Tuesday. Duterte last month threatened to abrogate the agreement if the United States stores weapons in local camps, saying his country may get entangled if fighting erupts between China and the U.S. | Military Times >>

The Air Force is now testing new, high-tech sensors, software, electronics and other enemy radar-evading upgrades for its B-2 stealth bomber to preserve its stealth advantages and enable the aircraft to operate more effectively against increasingly capable modern air defenses. | Business Insider >>

Early next month, Congress expects to receive a supplemental defense budget request from the White House that House Armed Services Committee Chairman Mac Thornberry hopes will add back billions in modernization and equipment funding that was cut from the House version of the defense budget before it passed. | DoD Buzz >>

Nick Collier has seen a lot. As a Marine Corps infantryman, he saw combat action in Afghanistan in 2004-2005. He lost good friends downrange. Others came home scarred by experiences few could even understand. The horrors of war have sat with him for a while. So, too, have the heartbreak of witnessing his brothers- and sisters-in-arms deal with the aftermath of combat deployments. “That kind of stuff weighs on you,” Collier said. “It’s a lot to deal with.” | Stars & Stripes >>

Jim Polehinke, a U.S. Navy veteran and adaptive ski instructor for Colorado Discover Ability, said being given the opportunity to learn to ski after he became disabled was “just phenomenal.” “When something catastrophic happens, you have to adapt to your new circumstances,” he said. Polehinke, whose legs were amputated after a plane crash in 2006, said he now skis better than he did before he was injured. | Grand Junction Sentinel >>

He still lives close to Fort Campbell with his wife and children. But he struggles to leave his house. Sexton is thankful for “organizations like this [because they] help to get veterans up and off the couch. And break their normal schedule of being secluded.” The scuba class was put on by Trident Veteran Adaptive Programs with the help of retired Marine and Nashville lawyer Rob Peal. | Nashville Public Radio >>