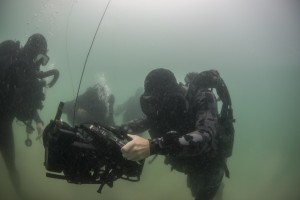 The Veterans Administration is making changes to improve services, a VA official said, but her message was met with some skepticism at the monthly Mayor’s Veterans Committee meeting in Portage. In 2014, scandal rocked the VA with a stream of reports of hospitals and other facilities allegedly neglecting veterans. | Chicago Tribune >>

It will not be enough for the VA secretary to say his hands are tied by law or bureaucratic procedure. Assuming Dr. David Shulkin will be confirmed as the next secretary of the Department of Veterans Affairs, and all indications leave us no reason to think otherwise, he will face a number of tests within the first 100 days. | Task & Purpose >>

But the move — chronicled in internal documents obtained by USA Today — is emblematic for some employees of an all-too-familiar pattern of shuffling managers around and not taking swift action to hold them accountable. “Instead of disciplining leaders, it’s a time-honored tradition to move them to different positions of authority at different VA facilities across the country,” said Shea Wilkes, a social worker at the Shreveport VA who has exposed problems there before but was not involved in this case. | Sun Herald >>

Today, 5th of February, a new NATO training program is being launched in Iraq to bolster its efforts in assisting in the fight against Islamic State. The program, agreed to at the Warsaw Summit in July of last year, seeks to further train 30-some Iraqi Security Forces soldiers in countering Improvised Explosive Devices (IED). | Lima Charlie News >>

The number of civilians killed in Afghanistan rose to record-setting levels in 2016 — including a 25 percent surge in child victims — the United Nations said Monday. An increase in attacks perpetrated by ISIS-affiliated groups and a near-doubling in the number of Afghans killed by airstrikes were blamed for the rise. | NBC News >>

In the fledgling ski resort of Korek in war-torn Iraq, the only battles are snow fights between visitors who often leave their traumatic memories at the foot of the slopes.That’s what Fawaz Behnam and many of the children and adults frolicking in knee-deep powder around him like about the idyllic tourist spot. | Yahoo >>

House Speaker Paul Ryan suggested in an interview broadcast Sunday that he would support using U.S. ground troops in Syria if it were part of a comprehensive plan to defeat the Islamic State that’s due from the Pentagon later this month. “It’s in our vital national security interest. We must destroy ISIS in Syria,” Ryan said on NBC News’ “Meet the Press,” using an acronym for the jihadist group. | Chicago Tribune >>

Traverse City visitors will see a surprise when they look to the skies next summer. A U.S. Coast Guard directive calls for Coast Guard Air Station Traverse City officials to transition from using four MH-65 Dolphins to three of the larger MH-60 helicopters, according to Command Master Chief Al Wiltse. | Military.com >>

Even before President Trump’s nominee to lead the Army abruptly withdrew his name from consideration late Friday over business entanglements, it would have taken months before the Pentagon’s top jobs would be filled. If history is a guide, the exit of Vincent Viola, founder of digital stock trading firm Virtu Financial and owner of the National Hockey League’s Florida Panthers, set back a process that would have already extended into April or beyond, insiders told Defense News. | Military Times >>

“They’re young and old, male and female. They come from all walks of life, and have varied religious beliefs, levels of education and racial ethnicity,” Pearsall said. “What unites them all is their service. It’s a bond that cannot be broken, and I’m proud to be one of them.” | The Shelby Star >>

Ms. Souza’s service in the Army prepared her for her job at the federal prison, but it also prepared her for an even bigger and more personal challenge. “At this point in my life, I just want to help other veterans,” she said. Experiences of fellow veterans and the stress they endured in war zones has led many to suffer marital problems, depression, and in too many cases, suicide. | Worcester Telegram >>

A Lafayette man is taking donations to help our homeless veterans in the Tippecanoe County area. Navy veteran Alan Kennedy started Provisions 4 Patriots in 2015. People can give clothes like socks and coats, along with monetary donations. The charity also takes dignity items including soap and shampoo. | The Courier >>