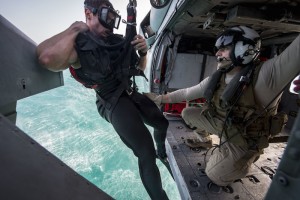 An internal watchdog at the Department of Veterans Affairs released findings this week confirming what many veterans and lawmakers already knew: the $10 billion Choice Program created to give veterans access to private health care has been “cumbersome” and “confusing” to use. | Stars & Stripes >>

Following decades of decline in the number of veterans serving in Congress, the 115th Congress, which was sworn in Jan. 3, has more than the 114th. Despite this current crop of lawmakers bucking the trend for veteran representation, the number of congressional staff members with a military background remains incredibly low; less than 1 percent of policy staffers have military experience, according to the veterans advocacy group HillVets. | Military Times >>

The U.N. envoy for Iraq says military operations to liberate Iraq from the Islamic State extremist group will be coming to an end “in the rather short foreseeable future.” Jan Kubis told the U.N. Security Council Thursday that “the days of the so-called ISIL are counted,” using one of the acronymns for the militant group. | The New York Times >>

The Afghan government controls less than 60 percent of the country, a U.S. watchdog agency reported on Wednesday, after security forces retreated from many strongholds last year. Afghan soldiers and police, with the aid of thousands of foreign military advisers, are struggling to hold off a resurgent insurgency led by the Taliban, as well as other groups like Islamic State. | Reuters >>

Elements of the U.S. military supporting Iraqi forces in Mosul are counting on a newly fielded, precision rocket to help destroy enemy targets without causing civilian casualties in the upcoming battle for the western part of the city. | Military.com >>

Northrop Grumman said Wednesday it was dropping out of the U.S. Air Force’s T-X trainer jet contest with partner BAE Systems, making it the second team to leave the competition in the past week. The T-X, a contract valued at more than $16 billion, would replace the aging T-38 Talon pilot training aircraft manufactured by Northrop in the 1960s. | CNBC >>

The number of ground accidents for Marine Corps aircraft has more than doubled over the last five years, costing the Marines thousands of flying hours due to broken aircraft, the head of Marine Corps aviation told reporters Wednesday. Class C ground incidents – when an airframe sustains $50,000 to $500,000 in damage — include damage caused while towing planes on base, or by maintenance errors, said Lt. Gen. Jon Davis, deputy commandant of Marine Corps aviation. | Stars and Stripes >>

A U.S. Navy guided missile cruiser in Japan just ran aground in poor weather. Nobody was injured in the incident, which involved the USS Antietam. According to the Navy Times, Antietam was in the vicinity of its home port of Yokosuka, Japan, when it anchored in high winds. The crew noticed the cruiser was dragging anchor and they got the ship under way again. | Yahoo News >>

For many, it wouldn’t be Super Bowl Sunday without pizza. For retired Air Force Master Sgt. Mark Evans, it wouldn’t be Super Bowl Sunday without getting pizza to troops overseas. “They’re in a combat zone, and you know what: They’re thinking of home,” Evans says. “My goal now is to put a smile on everybody’s face.” He is the force behind the non-profit Pizzas4Patriots, now in its 9th year. | CBS Chicago >>

Armed with a smile and a can-do attitude, Gerardo “Gerry” Cruz, a local veteran’s employment representative with NC Works Onslow County Career Center, is the person responsible for creating connections between employers and veterans looking for a job. Cruz is a retired Sailor with 20 years under his belt. His charismatic personality and positive nature don’t go unnoticed as he is well known in the community for his outreach efforts. | Camp Lejeune Globe >>

Ernesto Rodriguez is walking 2,200 miles from Tennessee to Los Angeles. The purpose, to raise awareness for the 22 veterans who take theirs lives everyday, a statistic reported by the U.S Department of Veterans Affairs in 2012, and for those suffering with PTSD. Rodriguez says he was tired of seeing posts on social media about veterans committing suicide and that was part of what motivated to take a proactive approach to raising awareness. | El Paso Proud >>