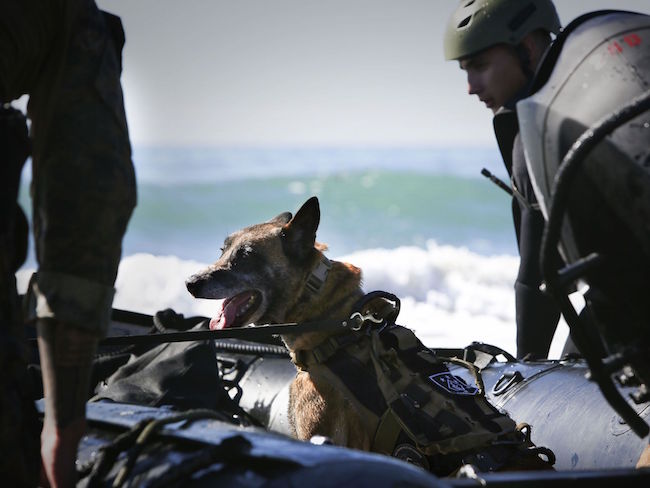 What will beneficiaries gain from higher Tricare fees?
As they review the Defense Department’s latest plan to raise Tricare fees and co-pays, particularly for working-age retirees and their families, key congressional panels are asking what beneficiaries can expect in return. Faster appointments, more evening clinic hours, more physicians spending more time seeing patients, more base hospitals operating at full capacity were some answers given this week by military health care leaders. | Stars and Stripes >>

Hawaii bills pushes for help for female veterans
Female veterans are one of the fastest growing homeless populations the nation, and state officials say it’s no different in Hawaii. But homelessness isn’t the only issue female veterans are faced with, officials say. They also are confronted with high rates of post-traumatic stress disorder, sexual assault and unemployment. Hawaii lawmakers are pushing a bill to help provide more services to female veterans. | Associated Press >>

GI Bill funds still flow to troubled for-profit colleges
The Obama administration’s crackdown on for-profit colleges has escaped the notice of one federal agency with an already poor management record: The Veterans Affairs Department takes little or no action when these colleges are punished by federal and state regulators for serious misdeeds, allowing them to continue reeling in millions in Post-9/11 GI Bill dollars. | Politico >>

The U.S. will continue to plough money into reconstruction projects in Afghanistan this year and beyond, as observers of the American project there warn that billions of dollars might be wasted or find their way to insurgents battling the country’s U.S.-friendly government. | Huffington Post >>

The chairman of the Joint Chiefs of Staff denied to the House on Thursday that President Barack Obama’s rules on the use of force in Afghanistan are endangering troops. Amid concerns from lawmakers, Gen. Joseph Dunford testified before an appropriations subcommittee that combat units have no restrictions when it comes to protecting themselves. | Stars and Stripes >>

The Afghan Taliban said on Wednesday the group is awaiting a formal invitation for direct talks with officials of President Ashraf Ghani’s administration. A day earlier, the so-called Quadrilateral Coordination Group, which is composed of top officials from Pakistan, Afghanistan, China and the United States, said that Islamabad would host direct talks between Afghan government and Taliban representatives by first week of March. | The Express Tribune >>

The United States and its allies conducted 22 strikes against the Islamic State in Iraq and Syria on Wednesday, the coalition leading the operations said in a statement on Thursday. In Syria, there were seven strikes using attack, fighter and remotely piloted aircraft, the Combined Joint Task Force said. | Reuters >>

They are trapped between two worlds – one they want to leave and the other to which they are denied entry. For three months, more than 500 men, women and children have been living in no-man’s land in northern Iraq, caught in the crossfire between Kurdish forces and Islamic State. | Reuters >>

Feral cats roam the deserted, rubble-strewn streets. The rusted skeleton of a burnt-out car sits outside a house used as a bomb factory; inside, the kitchen floor is littered with mortar parts and metal shavings. Almost a month after Iraqi special forces reclaimed Ramadi from the Islamic State militant group, Iraqi troops are still patrolling the streets and clearing booby-trapped buildings. | Newsweek >>

The Navy announced the selection of its newest command master chiefs and command senior chiefs today, almost a month after the board metJan. 26 in Millington, Tennesee, to consider 205 total candidates across the two paygrades. | Navy Times >>

Despite its venerable service to the Air Force, the A-10 is nearing the end of its lifespan, a top general said Thursday. “We have literally flown the wings off it,” said Maj. Gen. Thomas Deale, the director of operations for Air Combat Command and a former A-10 pilot. | Air Force Times >>

A decade after the Marine Corps stood up its new special operations command, Marine Raiders are helping lead the charge against the Islamic State group, training local troops across the African continent and quietly conducting missions across the Asia-Pacific region. | Marine Corps Times >>

Anyone who’s been in combat knows you can pack a hell of a lot into just a few minutes. Writer-director Henry “Hank” Hughes does exactly that with his debut short action film “Day One,” based largely on his experiences as a cavalry scout leader in Afghanistan. | Military Times >>

The next time you think of using the word impossible, think instead of Brian Mast. His life changed forever in 2010 while fighting in Afghanistan. “I was a bomb technician by trade, and I found plenty of IEDs as we call them,” he says. “One of them found me first, unfortunately, before I was able to disarm it.” | WPTV >>

A Utah veteran is getting a new leg — for a second time. Bryant Jacobs believes the newly embedded prosthesis in his right thigh bone will eventually allow him to snowboard, hike and hunt as he used to before a roadside bomb in Iraq tore into his leg. | Salt Lake Tribune >>

The Library of Congress’ program to preserve veterans’ wartime memories has archived its 100,000 collection. The Veterans History Project collects veterans’ first-person narratives from World War I through the more recent conflicts in Iraq and Afghanistan. | Military Times >>