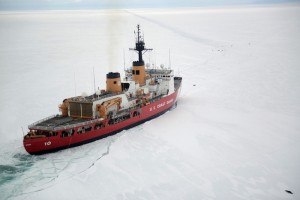 David Shulkin, President Trump’s nominee to lead the Department of Veterans Affairs, said at his confirmation hearing Wednesday that he would seek “major reform and a transformation of VA” — but would not privatize the federal health care system for veterans. “There will be far greater accountability, dramatically improved access, responsiveness and expanded care options,” Shulkin told the Senate Committee on Veterans’ Affairs. | The Washington Post >>

Veterans groups have warned that President Trump’s travel ban has the potential to create mistrust among foreign partners who are working alongside U.S. troops in the effort to defeat the Islamic State. That could put U.S. troops in danger and needlessly puts interpreters and others who are integral to the ongoing fight at risk. | The Fayetteville Observer >>

Veterans Affairs researchers want to know if an over-the-counter probiotic given to colicky babies could help patients with post-traumatic stress disorder and traumatic brain injury. VA staff in Denver have just begun to recruit 40 VA-eligible patients who have “mild TBI,” or concussion, along with PTSD. | Military Times >>

American airstrikes hit Taliban positions in an embattled district of Helmand Province in southern Afghanistan on Tuesday after the militants tunneled under an army post and set off explosives, causing heavy casualties, Afghan officials said. The toll from the explosions that rocked army posts in the town center of the Sangin district, which has been the scene of intense fighting for two days, was not immediately clear. | The New York Times >>

Mosul’s public transportation has been devastated by months of fighting. The mechanics are struggling to keep up with a growing number of customers who desperately need their cars to get to work and bring home food and other provisions. Demand is set to rise further. | Reuters >>

It’s perhaps the unlikeliest symphony orchestra in the world – an all-female ensemble from a strict Muslim society where it’s often dangerous for young women to step outside of their homes unescorted. It’s called Zohra — the name of a music goddess in Persian literature, according to its founder. And they were performing at an unlikely venue — a hall attached to Kaiser Wilhelm Memorial Church, a bombed-out ruin in western Berlin commemorating the horrors of World War II. It’s just steps from where Berliners experienced their first ISIS-linked terror attack six weeks ago. | North Bay Public Media >>

It was only a matter of time until U.S. troops had to face the new sky threat: armed drones. Islamic State fighters in Mosul already have used quadcopters to drop grenade-sized bombs on Iraqi security forces, a U.S. commander in Iraq said recently. And drones are now so inexpensive and accessible that they can be bought at toy stores or online. | Marine Corps Times >>

The US army is seeking proposals for biodegradable ammunition to replace the existing rounds used in training — including grenade and tank rounds – citing environmental concerns. “Components of current training rounds require hundreds of years or more to biodegrade,” states the Department of Defense brief. | CNN >>

A pair of F-16 jets struck two members of a ground-control party — killing one — after a training exercise went awry on Tuesday night, officials said in a Wednesday statement. The F-16s were using unspecified munitions when the incident occurred at a range that’s part of the White Sands Missile Range complex near Holloman Air Force Base in southern New Mexico. | Fox News >>

“He’s an American history teacher so what better person than actually an American vet to teach American history,” says Maple Heights High School Principal Shay Price. “The kids love him. He demonstrates opportunity to them.” “His dedication is there,” says Maple Heights Junior Tia Harris. “He’s showing us that he wants us to be somebody; that we can be somebody.” | NBC 3 Cleveland >>

Andrew Dale started making patriotic pins as a hobby in 1999. But after the 9/11 terrorist attacks, that “hobby” quickly turned into a full-fledged business for the former Marine. “While I was down at the World Trade Center, it was sort of a different world,” he told TODAY. “The attack affected my life dramatically but it also affected the business dramatically — people wanted to show their pride and patriotism. It had gone from a business just trekking along to something I didn’t foresee.” | NBC Today >>

“So we have all of these programs, resources and benefits for local veterans currently being provided by older veterans,” he said. “What happens next? In the near future, we are going to be responsible for all of them, aren’t we?” It’s great to have volunteers who get it. | TC Palm >>