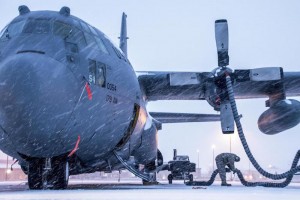 The Department of Veterans Affairs health care system was again declared a “high risk” area of government, susceptible to waste and mismanagement and in need of more oversight. The Government Accountability Office, a leading government watchdog, presented to Congress on Wednesday its biennial report of government programs that are vulnerable to fraud, waste, abuse and mismanagement. | Stars & Stripes >>

When applying for benefits, it can take weeks, months, or even years for Congressional Constituent Service representatives to receive files from the U.S. Department of Veterans Affairs. Now, legislature introduced by Minnesota DFL Senator Amy Klobuchar and Louisiana Republican Senator Bill Cassidy is working to curb that time lag. | KTTC Rochester >>

About 23 percent of female vets have reported sexual assault in the military to the VA. That abuse has left many female vets with PTSD. The Sawyers family is just like any other. They enjoy spending time together and laughing. They’ve bonded over their love of Star Wars, but behind the smiles, Lavinia and her husband are both veterans battling PTSD. | NBC 9 West Texas >>

If Islamic State is driven from its Iraqi stronghold of Mosul, it will switch tactics to wage an insurgency from mountains and deserts, a top Kurdish intelligence official has told Reuters. Lahur Talabany, a senior figure in Kurdistan’s counter-terrorism efforts, also expressed concerns that another group similar to the Sunni Muslim Islamic State could emerge to menace Iraq again if political leaders fail to secure reconciliation between sects. | U.S. News & World Report >>

On the side of a busy street in Kabul, Afghanistan, there is a restaurant that feels like an oasis away from the traffic jams, constant smog, and terrorist threats. Soothing piano music plays in the background as groups of young women enjoy traditional Afghan dishes. Bost, a restaurant for women — and entirely run by women — opened its doors in the capital of Afghanistan in September last year. Here, women can feel sheltered from the prying eyes of men for a while. | Eater >>

A car bomb in Baghdad killed at least 47 people and wounded nearly more than 60 on Thursday, Iraq’s Interior Ministry said. Ministry spokesman Brig. Gen. Saad Maan confirmed the toll from the attack, which took place in the southwestern al-Bayaa neighborhood. The Islamic State group claimed the bombing in an online statement circulated by its Aamaq news agency. | Military.com >>

If you’ve ever wanted to call in a request for more supplies and have a UAV zip across the battlefield to you, Army researchers are working to make that happen. Today, if a unit’s mission changes, there are just a few options to receive a particular weapon system, extra equipment or supplies. A convoy can be sent out to deliver the suppliles, troops can walk back to get what they need, or they can submit a request to the supporting aviation unit for an air drop. | The Army Times >>

The program began as a pilot in the Pacific Northwest, but now is being implemented across the Navy. The Navy has rolled out a program aimed at providing added support for sailors considered at risk for suicide. Sailor Assistance and Intercept for Life, or SAIL, was announced service-wide earlier this month and is now available at all Fleet and Family Support Center locations. | Task & Purpose >>

The result is a song like Fight For Me, written by Tim Chandler, a Pensacola-area Marine veteran who survived an IED blast during combat in Iraq. Regan and award-winning songwriter Don Goodman helped Chandler come up with the emotional song that tells the story of his return from war, subsequent divorce and difficult child custody battle. | Pensacola News Journal >>

On average, 20 veterans take their own lives every day. The Veteran Affairs is dedicating new resources to the mental health crisis. It’s a job they say is built for warriors. “The thought is accomplish the mission at all costs and there’s no time for whining and crying,” says Army veteran, Steve Ratliff. | WCTV Tallahassee >>

Post-traumatic stress disorder is all too common among veterans, but one way to ease some of the pain is through art therapy. Some local veterans who use this method showed off their best work at the Fargo VA Medical Center. More than 40 artists submitted about 70 pieces of artwork for this exhibition. | KVRR Fargo >>