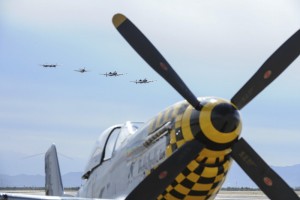 The Senate on Monday unanimously confirmed David Shulkin to be secretary of Veterans Affairs, with Democrats and Republicans alike praising the 57-year-old physician as the right person to reform the beleaguered agency. “Although progress has been made in recent years there are still changes at the VA we need to address,” Sen Dick Durbin, D-Ill., said in a speech on the Senate floor ahead of the vote. | The News & Observer >>

Perhaps the most surprising of President Trump’s cabinet appointments is his choice to lead the U.S. Department of Veterans Affairs (VA), Dr. David Shulkin, who was confirmed unanimously last night, 100-0. Dr. Shulkin has served as undersecretary for health at the VA since he was unanimously confirmed for that position in 2015. | Huffington Post >>

The Department of Veterans Affairs will go ahead with its proposed test of a homegrown scheduling technology to improve on antiquated computer tools that have been criticized as cumbersome, inaccurate and susceptible to outright fraud. | The Business Of Federal Technology >>

The Islamic State group in Afghanistan has lost considerable turf in the war-torn nation over the last year. The terrorist organization has fallen from a height of controlling 11 districts in Nangarhar province to just a few, according to Gen. John Nicholson, the U.S. commander overseeing operations in Afghanistan. | Military Times >>

The Iraqi army says it’s moving units south and west of Mosul ahead of an expected push to retake the city’s western half from the Islamic State group in the final, decisive battle for the city. Brig. Walid Khalifa, the deputy commander of the Iraqi Army 9th Division, said on Tuesday that his forces have been moving into place over the past two days. | Fox News >>

An armed mob that included relatives of a young woman who had eloped with her lover stormed a police station holding the couple in eastern Afghanistan over the weekend, then dragged the lovers off and killed them, officials and witnesses said. | The New York Times >>

Officials have confirmed that the U.S. military, despite vowing not to use depleted uranium weapons on the battlefield in Iraq and Syria, fired thousands of rounds of the such munitions during two high-profile raids on oil trucks in Islamic State-controlled Syria in late 2015. | The Chicago Tribune >>

Enlisted airmen hoping to become drone pilots may find out by the end of this month if they have been selected to begin intelligence, surveillance and reconnaissance training. The first enlisted remotely piloted aircraft pilot selection board met last week to deliberate and choose from 185 active-duty enlisted airmen who made it past an initial qualifying phase of the program, according to a release. | Military.com >>

If one California congressman has his way, the US Coast Guard will begin asking for what it needs to grow into a more effective force and begin building a fleet of six Arctic icebreakers. Rep. Duncan Hunter, R-Calif., chairman of the House subcommittee on the Coast Guard, is asking the service for a list of its unfunded priorities. | Defense News >>

Six women veterans and advocates gather around a conference table in a dingy room tucked away on the second floor of a shabby-but-historic mid-century building on the West Los Angeles campus of the U.S. Department of Veterans Affairs (VA). The women are a mix of white and black, younger and older, still-working and presumably retired. They are social workers, case managers, nonprofit representatives and outreach workers to the homeless. | Huffington Post >>

By hiking more than 13,000 miles to each corner of the United States, Smith will be raising awareness for Post-Traumatic Stress Disorder and suicide within the veteran community. He will be marching for the next three years to do so. The Ohio native began his journey in Pensacola, Florida, and stopped in Deming for the weekend on his way to California. | Deming Headlight >>

The James Van Zandt VA Medical center is hosting an art display this Tuesday and Wednesday, open to the public. Each piece of artwork, was made by a local veteran. The center’s volunteer coordinator, Amy Detterline, says this is a great way to show off the veterans’ talents, while giving them a way to release any anxiety or emotions they are feeling. The display has almost two dozen works of art in many different mediums. Artists have created paintings, sculptures, stain glass, and even a mosaic quilt display, which took over a year to create. | We Are Central PA >>