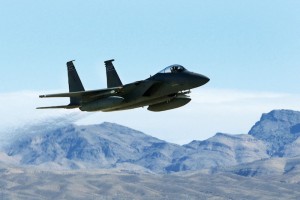 Before they get to work on reforming the U.S. Department of Veterans Affairs, Congress and the White House might want to take a closer look at the last time they tried it — a $16 billion fix called the Veterans Choice and Accountability Act of 2014, designed to get veterans medical care more quickly. | NPR >>

For the last 94 years, every permanent or acting head of the U.S. veterans benefits bureaucracy has served in the military. But that is expected change in coming days. President Donald Trump’s pick for the next Veterans Affairs Secretary, Dr. David Shulkin, is poised to become the first non-veteran ever to assume that post, a tradition-breaking move that has produced surprisingly little controversy within the military community. | Military Times >>

A lot of veterans sell themselves short when applying to college. It’s time to change that. As the end of college admission season approaches, applicants anxiously await emails and letters revealing the results. Alongside nervous high school seniors, many veterans also wait for decisions. | Task & Purpose >>

Iraq will not retaliate to U.S. President Donald Trump’s travel ban against Iraqi nationals because it does not want to lose Washington’s cooperation in the war on Islamic State, Prime Minister Haider al-Abadi said on Tuesday. When asked at a news conference if he would act on the Iraqi parliament’s vote in favor of retaliation, Abadi said: “We will not do anything of the sort.” | Reuters >>

For seven years, Ekram Razeqy worked alongside U.S. forces in some of Afghanistan’s most volatile provinces, surviving roadside bombings and Taliban ambushes as an interpreter for American troops. Fearing he could be targeted by Taliban sympathizers when he returned to civilian life, he applied for a special visa that allows interpreters who assisted U.S. forces in the wars in Afghanistan and Iraq to resettle with their families in the United States. | The Los Angeles Times >>

The U.S. military is drawing up a list of Iraqis who have helped U.S. forces to avoid having them caught up in the red tape of President Donald Trump’s restrictions on entry to the U.S., the Pentagon said Monday. “We have been provided the opportunity by the White House to submit names,” said Navy Capt. Jeff Davis, a Pentagon spokesman, for possible exemptions from the 90-day travel ban against those from Iraq, Libya, Syria, Sudan, Somalia, Yemen and Iran. | Military.com >>

Less than a week into his presidency, Donald Trump on Friday signed an executive order promising “to begin a great rebuilding of the armed services of the United States – developing a plan for new planes, new ships, new resources and new tools for our men and women in uniform.” It was welcome news for the military, but especially for the U.S. Navy. Experts and officials believe that, based on emerging global threats and Trump’s vision, this could be the time for the Navy’s comeback. | Stars & Stripes >>

President Donald Trump touted a $600-million cost reduction for the F-35 fighter jet program in remarks Monday. But that amount appears to be similar to a previously planned price slash by the Department of Defense. Trump took credit for the reduction, telling reporters that the cut applies to 90 planes. | The Los Angeles Times >>

“Daily 22 or more veterans per day commit suicide,” Coffey said. “We want to bring that number down, and let veterans know that we’re here to support (them).” A U.S. Navy veteran, Coffey heads up the Naperville-based Bernard Coffey Veterans Foundation organized to provide an array of support services, residential services to homeless veterans and military, as well as offer supportive service intervention. | Chicago Tribune >>

An Air Force veteran who struggled with homelessness is trying to raise money and awareness for an organization that helped him keep his dog through his toughest times by riding his bicycle in what he calls the Tour de PACLANTIC. | CBC Online >>

Retired Army Sgt. Clayton Rankin rode a borrowed recumbent bicycle 4,000 miles across the United States in the summer of 2010 as a member of national non-profit World T.E.A.M. Sports’ Sea to Shining Sea. Despite concerns from his colleagues as to his fitness and stamina, Sgt. Rankin successfully completed his journey. | EIN News Desk >>