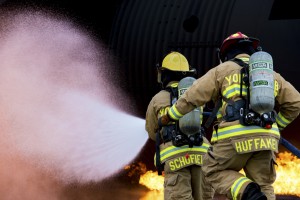 Department of Veterans Affairs (VA) feds might need helmets, too. VA has a bull’s eye because Gingrich considers it the “archetype of — of disaster.” “You can’t fix it unless you change the civil service laws,” he said. “You can’t change the civil service laws within the normal framework of Washington.” To win over recruits to this crusade, Gingrich said, Trump should keep his message about VA simple and violent: “Do you think people who kill veterans should stay in their jobs? … [Should] we make the government union people happy and keep their jobs, people who we know broke the rules and killed veterans?” | The Washington Post >>

Thousands of veterans injured in combat could soon be able to recoup taxes erroneously collected from their disability severance pay due to a new law signed by President Barack Obama. About 13,800 veterans separated from the military due to their injuries might have been affected, the nonprofit group National Veterans Legal Service Program estimates. Due to an accounting error, as much as $78 million in taxes deducted over decades from the lump sum payments. | Stars and Stripes >>

Last year was a landmark year for the U.S. military and its service members. For the first time, women were granted equal access to all military combat roles. This hour, we take a closer look at the military’s gender integration efforts and consider what the future holds under President-elect Trump. | NPR >>

More than a dozen times a day, the doctor and his skeleton staff at a makeshift trauma center near Mosul repeat a ritual: identify a wound, try to stabilize it, wait for an ambulance and hope the patient survives the journey to a better-equipped facility up to a two-hour drive away. Most of the patients were shot by Islamic State snipers or injured when mortars hit their homes, and not all of them will make it. | The Washington Post >>

An employee of the International Committee of the Red Cross is missing after being pulled from a vehicle in northern Afghanistan on Monday, the aid organization said. The man was among several ICRC staff members traveling between Mazar-i-Sharif and Kunduz when gunmen stopped the vehicles. The other staff were released, the ICRC said. Sayed Mahmoud Danish, a spokesman for the Kunduz governor, said the group included two Afghan staff, one foreigner, and a driver, but the ICRC did not give any details about the kidnapped employee. | Reuters >>

After two months, the battle to retake the Iraqi city of Mosul from the Islamic State has settled into a grinding war of attrition. The front lines have barely budged in weeks. Casualties of Iraqi security forces are so high that American commanders heading the United States-led air campaign worry that they are unsustainable. Civilians are being killed or injured by Islamic State snipers and growing numbers of suicide bombers. As the world watches the horrors unfolding in Aleppo, Syria, where government forces and allied militias bombed civilians and carried out summary executions as they retook the last rebel-held areas, a different tragedy is transpiring in Mosul. | The New York Times >>

President-elect Donald Trump on Monday nominated billionaire philanthropist Vincent Viola as the next secretary of the Army. Viola, founder of digital stock trading firm Virtu Financial and owner of the National Hockey League’s Florida Panthers, is a 1977 West Point graduate who rose to the rank of major in the Army Reserve. If confirmed, he’ll effectively be the fourth new secretary for the service in the last two years. Current Army Secretary Eric Fanning was nominated to replace John McHugh in late 2015, but did not officially take over the job until May because of a lengthy confirmation fight with Congress. | The Military Times >>

Marine MV-22 Ospreys in the Pacific are flying again after they were briefly grounded for safety checks in the wake of a mishap that destroyed an Osprey off the coast of Okinawa Dec. 13. The emergency shallow-water landing, which left the five Marines on board injured, was the result of the aircraft’s rotor blades hitting a fuel line during nighttime aerial refueling, III Marine Expeditionary Force Commanding General Lt. Gen. Lawrence Nicholson has said. | Military.com >>

The last of thousands of F-4 Phantom jets that have been a workhorse for the U.S. military over five decades are being put to pasture at Holloman Air Force Base to serve as ground targets for strikes by newer aircraft. But the Air Force will first hold a “final flight” retirement ceremony Wednesday at the base in southern New Mexico where the last F-4s are still flying for the U.S. military. | KOB4 Albuquerque >>

On any given day, you will find Randy Carter of the Veterans Northeast Outreach Center (VNOC) out buying groceries for local veterans, counseling a newly discharged vet about health care, or meeting with local politicians to try and get more resources dedicated to helping local veterans in need. Carter and the other staff members at Veterans Northeast Outreach Center provide exceptional services for local veterans who have nowhere else to turn. | The Valley Patriot >>

A veteran who was refused a free meal at the Chili’s Bar and Grill in Cedar Hill, Texas, during Veterans Day observances has turned the table and is using the experience to help feed hungry and homeless veterans in the north Texas area. A GoFundMe account that was set up to help buy dinner for the family of Ernest Walker, the 47-year-old Army veteran who had his to-go box taken away by a Chili’s restaurant manager in November, served as the seed for his campaign called Feed a Million Veterans. | Centre Daily Times >>

“A lot of veterans feel like their families are missing out because of their PTSD or anxiety,” she said. “It also brings back some bad memories for vets who were serving during that time period and may have trauma memories associated with this time period. Most of my guys are just looking forward to Jan. 1 when the holiday season is over.” That’s why Fulgham, 44, who is a U.S. Army veteran herself, started the event in 2015.“”I was thinking of ways we can reach our younger veterans who may have newer families, those who served in Iraq and Afghanistan,” she said. “We’re always trying to look at ways we can serve our veterans.” | GoErie.com >>