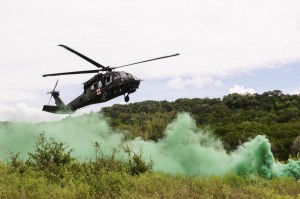 A Veterans Affairs hospital driver was fired shortly after exposing credit card misuse and the bizarre disappearance of 30 vehicles. The House Committee on Veterans’ Affairs Subcommittee on Oversight and Investigations is demanding to know how 30 of 88 vehicles at a VA in Los Angeles disappeared, along with details surrounding the firing of whistleblower Anthony Salazar. | The Washington Times >>

“Given the sacrifice that our nation’s veterans have made, I urge you to examine the feasibility of instituting a program that would allow veterans to participate in the TSA PreCheck program free of charge or with a discounted application fee.” | The Hill >>

A 76-year-old veteran committed suicide on Sunday in the parking lot of the Northport Veterans Affairs Medical Center on Long Island, where he had been a patient, according to the Suffolk County Police Department. Peter A. Kaisen, of Islip, was pronounced dead after he shot himself outside Building 92, the nursing home at the medical center. | New York Times >>

As the Iraqi army, backed by US airstrikes, attempts to take back the city of Mosul from ISIS we can’t forget about humanitarian aid to civilians. When the guns start firing, Iraqi families are going to flee. These war victims will need food, water and shelter. And we better be ready for this. Mosul is the 2nd largest city in Iraq. Potentially over a million civilians are going to need life-saving help. | Huffington Post >>

Militants armed with a car bomb, grenades and automatic weapons killed at least 14 people during the 10-hour attack on the American University of Afghanistan, police said Thursday. | NBC News >>

Iraq’s resumption last week of oil shipments through a Kurdish-controlled pipeline bumped up its export capacity by five percent almost overnight. Now OPEC’s second-biggest producer is seeking a formal deal with the self-ruling Kurds to ensure it can maintain the increased flows. | Bloomberg >>

Adm. John Richardson said the incident involving the guided missile destroyer USS Nitze reflects the greater competition the U.S. is facing at sea. He added it underscores the naval tensions with Tehran, which include other similar incidents as well as the brief detention in January of 10 U.S. Navy sailors who mistakenly steered into Iranian waters. | ABC News >>

“Pacific Pathways is, in my opinion, the biggest innovation I’ve seen in training and exercises in 35 years,” said Gen. Robert Brown, commanding general of U.S. Army Pacific. “Yes, it’s the same exercises we used to do, but it’s done in different ways. It provides options to the combatant commander, where he’ll have forces 10 months out of the year west of the international dateline.” | Army Times >>

When shrapnel exploded into Steve Baskis’ body, the soldier lost his eyesight but not his will to live in a suddenly different world. A world without colors, without light and without the faces and objects that the sighted world takes for granted. | Journal Sentinel >>

A retired Army colonel and West Point graduate marked his 521st day in space Wednesday, setting a record for American astronauts. And as a bonus, he beat Navy to do it. Sort of. | Army Times >>

Veterans are learning entrepreneurial and job skills at a service disabled veteran-owned business conference in San Antonio. U.S. Marine Corps combat veteran Daniel Morales works in New York City’s financial district. His work place is a 15 minute walk from the World Trade Center memorial. The attack on the Twin Towers sent many people of Daniel’s generation to war. The father of one said coming home was tough. | KSAT >>