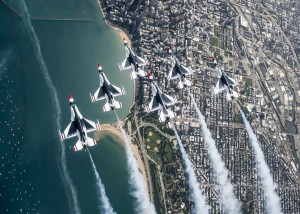 “There’s been huge progress on simply getting the candidates to focus on veterans issues,” said Paul Rieckhoff, founder and CEO of Iraq and Afghanistan Veterans of America. The strongest difference, veteran advocates say, is in the area of buying private-sector health care for VA patients. | USA Today >>

“We have a responsibility to ensure that once our veterans have served their nation, they have a safe, stable place to call home,” Julian Castro, HUD secretary, said in a statement. “Austin today has proven that ending veteran homelessness isn’t just aspirational – it’s achievable.” | Huffington Post >>

Federal officials have spent the last few years developing new resources to help put veterans into agriculture jobs. Now, they’re working to make those jobs look cool. Officials from the Department of Agriculture on Tuesday unveiled new plans to better explain and market a host of industry jobs to recently separated service members, calling it a growth area that fits nicely with the skills and training of those veterans. | Military Times >>

As the Islamic State group loses ground in Iraq, the militants are showing strains in their rule over areas they still control, growing more brutal, killing deserters and relying on younger and younger recruits, according to residents who fled battleground territories. | Voice of America >>

A U.S. service member has been killed and another injured in Afghanistan, just one day after commanders sent 100 troops to aid and train Afghan security forces in Lashkar Gah on a temporary basis. | Time >>

Hundreds of thousands of Iraqis in and around Mosul could be uprooted by the military assault to retake the city from Islamic State, the U.N. refugee agency UNHCR said on Tuesday. “In Mosul we believe the displacement situation may be about to dramatically worsen,” UNHCR spokesman Adrian Edwards told a briefing in Geneva, saying the agency needed more land for camps.| Reuters >>

The United States Army is offering a free online tool to help students prepare for standardized tests and college entrance exams. It’s called March2Success, and it’s a website that offers test preparation materials and self-paced study programs, in addition to seven full-length free practice tests for both the SAT and ACT, as well as an entire section dedicated to science, technology, engineering and math coursework. | WHSV >>

Connecticut’s congressional delegation is urging the U.S. Navy to suspend any possible plans to shift maintenance of the Marine One presidential helicopter fleet from Sikorsky Aircraft in Stratford to a facility in Florida. Members of the state’s all-Democratic delegation sent a letter Monday to Secretary of the Navy Ray Mabus urging him to hold off on any relocation pending a “thorough review of all direct and indirect costs” of a possible relocation. | Military.com

The U.S. Air Force has awarded Lockheed Martin Corp. a $10 billion contract for the next decade’s worth of C-130J “Super Hercules” needs. Different iterations of the U.S. military’s heavy-lift specialist have transported troops and cargo since the 1950s. The Pentagon’s newest contract will ensure that “Super Hercules” are readily available through Aug. 18, 2026. | The Washington Times >>

Five service members and a veteran of the wars in Iraq and Afghanistan are among 16 men and women appointed to the 2016-2017 class of White House Fellows, the President’s Commission on White House Fellowships announced today. The fellows come from diverse backgrounds, varied professions, and have demonstrated a strong commitment to public service and leadership, officials said in a statement announcing the appointments. | Defense.gov >>

As an Army veteran who served during the Iraq War and saw combat, Jeff Shuford returned to civilian life with PTSD and the knowledge that he didn’t want to continue with his military job of transportation in his new life. Unable to work in a traditional work environment that could trigger his disability, Shuford turned to entrepreneurism and starting his own business. | Jacksonville Business Journal >>

Many businesses honor veterans but few are recognized for it. A Sarasota vet has launched an online site where you can find businesses that give back to those who’ve served our country, they’re called Green Zone Hero. | WTSP >>