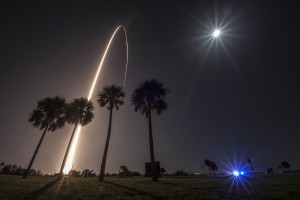 Some veterans love Donald Trump. Others think he isn’t remotely suited to be commander-in-chief. If you’re a veteran, we want to hear what you think. When you look at the 2016 candidates, what characteristics appeal to you? Which ones don’t? | The Washington Post >>

Afghan President Ashraf Ghani and Indian Prime Minister Narendra Modi reiterated the resolve Monday during a video conference inaugurating the newly-restored Storay (Star) Palace, which is the office of the Afghan president in Kabul. | Voice of America >>

The youth, age 12 or 13, was captured Sunday before he could detonate his explosives belt in Kirkuk’s Huzairan neighborhood, the Kurdish Rudaw news agency reported. The arrest came about an hour after a suicide bomb outside a Shiite mosque in the Kurdish-controlled city killed a bomber and wounded at least two other people. | USA Today >>

Around 100 American troops have been deployed to a southern Afghan city at risk of falling to the Taliban, the spokesman for U.S. forces in Afghanistan said Monday. Brig. Gen. Charles Cleveland said the soldiers had arrived in Lashkar Gah, the capital of Helmand province, to provide training and support to Afghan forces. | New York Times >>

The Army Surgeon General says the service is taking necessary steps to improve its operational readiness, to include small teams of medical experts able to deploy anywhere in the world to treat U.S. soldiers and save lives. | Army Times >>

Naval Air Forces Commander Vice Adm. Mike Shoemaker is still at a loss to explain how the Navy suffered three Class A mishaps and three lost aircraft in an eight-day period in May and June of this year. But, he added, it’s just as hard to explain how the fleet went the previous eight months with just one mishap. | Military.com >>

After nearly a month of airstrikes against the Islamic State fighters dug in around the Libyan city of Sirte, U.S. helicopter gunships have been dispatched to help root out the extremist group from some of the denser parts of the city. | The Washington Post >>

Four veterans and two service dogs passed through Aitkin in early August as part of this year’s “Warrior Paddle” through Warrior Expeditions. It is the second of its kind traveling the entire Mississippi River from the headwaters to New Orleans. | AitkinAge.com >>

When military veteran Joe Worley needed help as he learned to walk again after being injured in Iraq, he knew he could always lean on his service dog Benjamin – literally. “The physical things that Benjamin’s done have taken a lot of the pressure off my wife and kids and myself and that’s just a part of it,” Worley told TODAY. “He’s such an integral part of my family.” | Today >>

Norden, a marketing professional, and Belward, a military veteran with a background in cooking, had been mulling the idea for a food truck for the last several years. “I fell in love with the whole food truck scene doing a radio marketing campaign for a dog food company that launched its own food truck,” Norden said. | The Hartford Courant >>