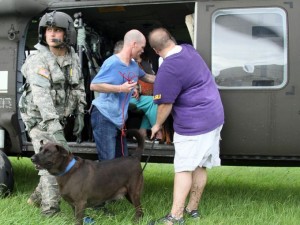 A Defense Department retail board has given the green light to a plan to open online exchange shopping to all honorably discharged veterans, with hopes of starting the program on Veterans Day in 2017. | Military.com >>

For the last year, the Department of Veteran Affairs has been trying to implement some of the private sector’s best practices, namely innovation and entrepreneurship. On Aug. 15, a mix of employees, veterans, and senior leaders in the department gathered to discuss the results of those efforts during an innovation demonstration in Washington, D.C. | Task and Purpose >>

From January 2013 to January 2016, the number steadily increased by an average of 1,525 people per year. The number of people with 9/11-related cancers could be even higher; the 5,441 number reflects only the people who’ve chosen to enroll in the federal health program. The program provides health care, medical monitoring and treatment to thousands of people directly affected by the 9/11 attacks. | CNN >>

As many as 100,000 Iranian-backed Shiite militia are now fighting on the ground in Iraq, according to U.S. military officials — raising concerns that should the Islamic State be defeated, it may only be replaced by another anti-American force that fuels further sectarian violence in the region. | Fox News >>

The Afghan air force is limited not only by its size. Despite numbering only 130 aircraft, there are not enough pilots and crews to fly them all. The shortage is hampering Afghan security forces’ ability to fight Taliban militants, who are once again gaining territory in the north and south of the country. | Reuters >>

The Kurdish fighters huddled in an abandoned home on the edge of Qarqashah, one of a dozen villages east of Mosul that was captured from the Islamic State group this week in operations aimed at laying the groundwork for an advance on the extremist-held city. | New York Times >>

The U.S. Army’s top general, on a swing through Asia this week, stopped here to meet his counterpart and assure the Chinese military that a deployment of a controversial missile-defense system in South Korea didn’t amount to a threat to China. | The Wall Street Journal >>

The U.S. Army wants a new vehicle that would be lightly protected, but capable of going places the M1 Abrams main battle tank can’t go while packing enough firepower to kill armored vehicles much larger than itself. Now Army leaders are meeting with defense contractors to put a plan in motion. | Popular Mechanics >>

The Space and Missile Defense Symposium formally kicked off Tuesday morning (Aug. 16) when Army Col. Joe Guzman made the case for the service to play a greater role in Defense Department space operations. | Space News >>

“Those guys are really proud of me and have given me every chance to continue as a civilian,” Kendricks said. “I am certainly looking to represent the Americans on two fronts, as a military man and as a U.S. athlete. “I’m just trying to put my best foot forward for all those soldiers who are watching.” | USA Today >>

A Niceville veteran who was injured in Afghanistan used his experience to build a new product, and a small business. Now he wants to inspire others. After serving his country in the Marines and Navy, James Renteria took computer-aided design classes and built this device to stabilize rifles. Ever since he was a little boy, Renteria liked to solve problems. The Marines turned that trait into a skill. | WEAR >>