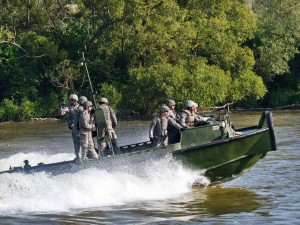 VA issued new acquisition regulations July 25, just more than a month after the decision, which found VA’s interpretation of a law requiring the agency to set-aside all procurements if at least two veteran-owned small businesses are qualified was flawed. The nation’s highest court reversed the lower court’s decision on June 16 by an 8-0 vote, finding VA must use the “rule of two” for supply schedule contracts even if it has met its statutory contracting goals. | Federal News Radio >>

Heath Hobson didn’t need any outside motivation to return to the workforce after shrapnel nearly took his life in Iraq almost a decade ago, but his drive to get off permanent disability revealed an apparent crack in the healthcare system that he was told would cover him for life. “The frustrating part is that no one is willing to look deeper into it and do anything about it,” Hobson said. “It’s pretty much take it on the chin.” | WPRI >>

After disruptive anti-corruption protests earlier this year, a degree of stability has returned to parliament. Weak oil prices that sapped its economy have staged a fragile recovery. And Iraqi forces have beaten back Islamic State to just a few pockets in the country, most recently driving them from Fallujah and Ramadi. | The Wall Street Journal >>

Less than three years later, the relatively calm Iraq that Maliki had led in 2011 was gone. The country’s government was in crisis, its U.S.-trained army humiliated, and a third of its territory overrun by fighters from the Islamic State. Meanwhile, State Department programs aimed at helping Iraqis prevent such an outcome had been slashed or curtailed, and some had never materialized at all. | The Washington Post >>

The U.S. Army wants a new vehicle that would be lightly protected, but capable of going places the M1 Abrams main battle tank can’t go while packing enough firepower to kill armored vehicles much larger than itself. Now Army leaders are meeting with defense contractors to put a plan in motion. | Popular Mechanics >>

The iconic shark tooth first appeared during World War II on the nose of airplanes belonging to the 1st American Volunteer Group of the Chinese Air Force. The group, nicknamed the Flying Tigers, was composed of pilots across several U.S. military units and it defended China from Japanese forces. | ABC News >>

Dramatic footage released by the U.S. Navy shows a close call earlier this year on the aircraft carrier USS Dwight D. Eisenhower. After an arresting cable broke as an E2-C Hawkeye aircraft was landing on the ship on March 18, the plane flew off the end of the carrier. The footage shows the plane, with its distinctive radar on top, disappearing over the side, but then reappearing after it recovers. | Fox News Technology >>

DHS’s Federal Virtual Training Environment (Fed VTE) offers free online, on-demand cyber security training to government employees and Veterans. Veterans can sign up for an account through the Hire Our Heroes website and follow instructions through “ID me” to verify veteran status and register for a FedVTE account. | Military.com >>

The veteran rode as part of an effort to get the names of 74 sailors he served with on the Long Beach-based USS Frank E. Evans added to the Vietnam Veterans Memorial in Washington, D.C. | The Los Angeles Times >>

“Just to get a workout in the community of the veterans, you don’t have that. When you’re in the service you have a certain community,” he says. On this day, exercise partners are fellow veterans. The two dozen men and women are all part of the Wounded Warrior Project. For some, this is the first exercise they’ve had all month. | WSBT >>