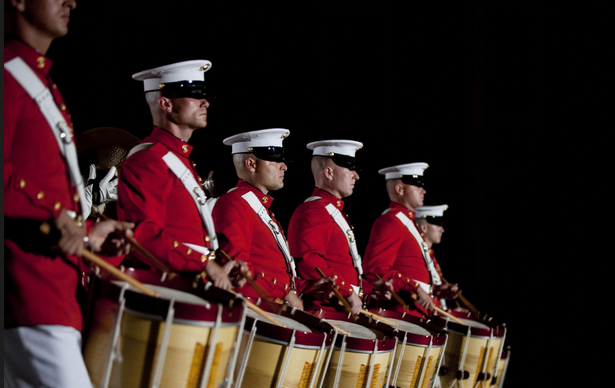 TODAY’S TOP STORIES
The Mistreatment Of Female Veterans Is Not Just A Women’s Issue
While both male and female veterans face similar transition issues or trauma experienced during combat, as well as a culture of sexual violence – 5% active-duty women and 1% of men reported being the victim of sexual assault in the active-duty military last year – the long-term effects and homecoming for women is significantly different. | Task & Purpose >>

Leaked Document: 35,000 Combat Vets Denied VA Health Care Enrollment Due To Computer Error
More than 35,000 combat veterans are being denied health care enrollment by the Department of Veterans Affairs because of a computer system error, according to an internal document obtained by The Huffington Post. | Huffington Post >>

New evidence shows the VA still tries to retaliate against whistleblowers
A group of Department of Veterans Affairs whistleblowers is demanding an investigation after uncovering new evidence that the VA tried to fire an employee who told a TV station that the government is failing to properly treat suicidal veterans. | Washington Examiner >>

AFGHANISTAN
A deadly attack on a NATO coalition base in Afghanistan used an improvised explosive device deployed through a vehicle to breach the perimeter of the base, the Pentagon confirmed on Monday. | CNN >>

The Afghan president called on Pakistan on Monday to crack down on the Taliban after a suicide car bombing earlier in the day near Kabul’s international airport killed five people, the latest in a wave of deadly attacks in the capital. | New York Daily News >>

Kashify is one of 50 refugees in Spokane as part of the Special Immigration Visa program, designed specifically for refugees who helped U.S. military or governmental personnel and now can’t live safely in their native countries. The vast majority of the refugees are translators and interpreters, said Mark Kadel, director of World Relief Spokane. There are about 8,000 refugees in the United States here on the SIV program, Kadel said. | The Spokesman Review >>

MILITARY AFFAIRS
Delta Force has managed to stay largely in the shadows in spite of this, keeping their missions and accomplishments relatively secret. They hunted Osama bin Laden, were part of the capture of Saddam Hussein, and have operated in dozens of countries around the world, but little is known about the outfit. | We Are The Mighty >>

History is in the balance: For the first time, two female students advanced to the third and final phase of the famously exhausting course in the swamps of Florida, and are within reach of graduating. If they pass, they will become the first Ranger-qualified women in the history of the U.S. military and celebrated at an Aug. 21 graduation ceremony at Fort Benning, Ga., that is expected to draw not only family and friends, but hundreds of other well-wishers and media from across the country. | Washington Post >>

Top Pentagon officials have ordered the Navy to conduct shock tests at sea for its new aircraft carrier over objections from the service, which says the requirement may delay deployment by as long as six months. | Bloomberg >>

#VETSRISING
Eleven Tennessee colleges will roll out new programs for student veterans in the fall thanks to $1 million in state funding that is part of a wide-ranging effort to draw more veterans to the state. | Military Times >>

Some folks in the Lewiston Auburn area got the chance to meet an author who’s book made it to the New York Times best seller’s list. It was Luis Montalvan’s dog, Tuesday, however who really stole the show. | WCSH 6 >>

Army veteran Jake Murphy used his service training to help him seamlessly transition into the civilian workforce. As thousands more men and women begin transitioning out of military service, it’s become more important for veterans to understand the realities of finding their place in the civilian workforce. And while it can be a tricky task even for those familiar with life in corporate America, it’s not impossible to find a fulfilling job. | Task & Purpose >>

INSIDE WASHINGTON
In 2012, President Barack Obama signed a law that provided health care to thousands of Marine veterans and their families who suffered illnesses linked to contaminated drinking water at a North Carolina Marine base. Due to bureaucratic red tape at Veterans Affairs, it would still take three more years before the VA would finalize the guidelines that would allow the law – the Honoring America’s Veterans and Caring for Camp Lejeune Families Act of 2012 – to take full effect. It was a journey that began more than 30 years ago. | Care2.com >>

The hallways of the former Walter Reed Army Medical Center, which cared for generations of soldiers, have been quiet since the hospital closed in 2011 and merged with the nearby Bethesda Naval Hospital. But a deal being negotiated by the Army and the city of Washington might give the historic hospital a renewed purpose: housing veterans who might otherwise be homeless. | New York Times >>

The NPRC records fire is 42-year old news, yet even today it continues to impact the lives of our most sacred Veterans and their dependents and survivors. How does an Army Air Forces bombardier from our Greatest Generation apply for VA healthcare and benefits without records of his service? | We Are The Mighty >>