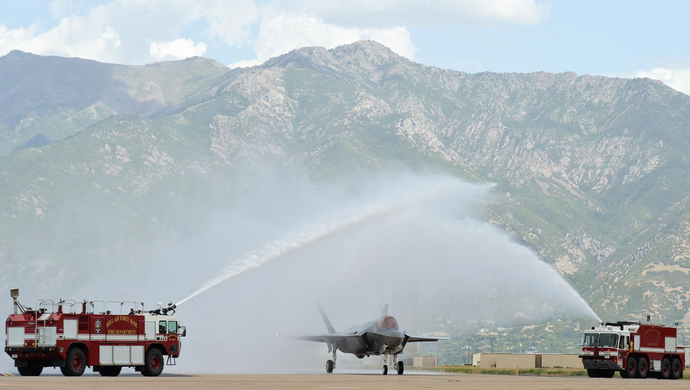 VA claims backlog, signature problem frustrates Nevada veterans
Nevada veterans with questions about delays in processing their disability claims and the ever-growing backlog say they’ve hit another roadblock. Veterans in the Reno area received letters about the status of their claims from a manager at the city’s Veterans Benefits Administration Service Center who no longer works there, according to the Las Vegas Review-Journal. | Fox News >>

VA employee fired for seeking help from Congress gets job back
A Veterans Affairs Department employee who was fired for contacting his senator to report problems at the department is back on the job this week after a two-year legal fight that ended with the U.S. Office of Special Counsel chastising VA officials. | Military Times >>

Graphic: War veterans’ suicide risk
A U.S. Department of Veteran Affairs study followed a group of Iraq and Afghanistan veterans until 2009. Both deployed and non-deployed veterans had a higher suicide risk compared to the U.S. general population, the study found. These are ten other facts that the study found: | Local 10 ABC >>

Homegrown militants loyal to the Islamic State group are making inroads into Afghanistan, controlling territory in some parts of the country and ruling with the harsh hand the group is notorious for in Iraq and Syria, according to officials, military leaders and analysts. | Associated Press >>

The Pentagon has launched an investigation into an air strike conducted Sunday by U.S. forces that authorities in Afghanistan say killed 11 policemen in Kandahar province. | LA Times >>

Emboldened by the recent wave of media coverage showing their countrymen and fellow Arabs fleeing the war in Syria and reaching Europe, many Iraqis see a new opportunity to get out. Their reasons for leaving vary. Some, like Mr. Abdella, who said he was threatened by militias, fear for their lives. Others are displaced from areas controlled by Islamic State militants. | New York Times >>

Iraq’s deputy justice minister was kidnapped from his vehicle on Tuesday by black-clad gunmen in the northern Baghdad district of Banook, three security sources said. | Reuters >>

Across the sun-scorched landscape of the Nineveh Plain in Iraq, north of Mosul, a small contingent of fighters in sand-coloured uniforms is on patrol, 7.5 miles (12km) from the frontline with the self-styled Islamic State. Nothing unusual in meeting men with guns in this part of the world, of course. But this unit is something new – these are all Christian soldiers. | BBC News >>

The Pentagon’s top watchdog has launched an investigation into the case of a Green Beret war hero who was recommended for the nation’s highest valor award — the Medal of Honor — by senior military officers in Afghanistan, but instead received a decoration two levels lower. | Washington Post >>

An effort to mend fences between the Army and the National Guard could lead to a radical redesign of both, a retired general heading a congressionally-appointed panel on the future of the service said. | Colorado Springs Gazette >>

U.S. military budget cuts are unlikely to affect America’s ability to respond to major natural disasters and humanitarian crises in Asia, where it has led multinational drills to prepare for emergencies, a U.S. Navy official said Tuesday. | Associated Press >>

You might see homeless veterans on the street corners, or wrapped in blankets. Men and woman who have served our country are homeless and alone. But Portland Mayor Charlie Hales on Tuesday spoke about an ambitious plan to get our American heroes off the streets for good by the end of the year, in Portland and Multnomah County. | KGW NBC Portland >>

Vampire bats and sand flies helped Dr. Eric McDonald realize that he should pursue a second career in public health after 24 years of practicing emergency medicine with the Navy. Now, as medical director of the county’s Epidemiology and Immunization Services Branch, McDonald oversees the region’s efforts to monitor, treat and prevent infectious disease. | San Diego Union-Tribune >>

James Huntley and Gregg Shapiro are not traditional student teachers. Both are veterans of the U.S. Air Force, who were stationed at Shaw Air Force Base, and family men in their 30s and 40s. When the two complete student teaching and finish their studies at University of South Carolina Sumter through the USC Upstate Teacher Education Program in December, they will join another category. They will be among about 17 percent of elementary and middle school teachers who are males across the country. | The Fayetteville Observer >>

The lobby of the Denver VA hospital, actually located in Aurora, Colo., is the most visible face of what is undoubtedly one of the worst cases of financial mismanagement in recent governmental history. Originally pegged at $328 million in 2004, the medical center is now expected to cost a staggering $1.7 billion. The atrium alone will be $120 million. Before the dust settles, the financial pain could be felt not just in Colorado, but in Texas and across the nation. | Austin American-Statesman >>

The Department of Veterans Affairs confirmed it’s taking steps to improve issues with the department’s enrollment system. As KFOX 14 previously reported, 35,000 veterans were denied health care because of a computer malfunction. A spokesperson with the VA said that this is not the result of a “computer glitch.” Instead, the VA is blaming these coverage woes on incomplete applications by veterans. | KFOX 14 >>

Monthly job cut data being released this week is expected to reveal over 100,000 workers cut from U.S. employer payrolls during July. According to Challenger, Gray & Christmas Inc., the global outplacement consultancy that tracks such data, this monthly job cut number is the highest in four years, 136% higher than cuts for June and 125% higher than the number of cuts in July of 2014. | MLive >>