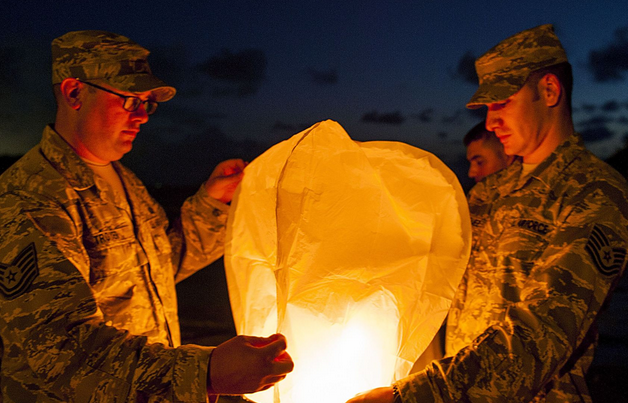 We’re Still Waiting For Change At My Local Vet Center
A Maine veteran explains how one vet center in his community remains understaffed and unable to meet the needs of his fellow vets. | Task & Purpose >>

Former Marine Shares Story to Raise Awareness for Suicide Prevention
Every day, 22 veterans commit suicide. To help awareness and prevention of suicide, Cpl. Jacob Schick (ret.) told his story about his life and the help he received to that prevented him from committing suicide. | Marine Corps News >>

VA scandal: No end in sight for patient satisfaction, whistleblower woes
More than a year after long care delays for veterans set off a massive scandal within the Department of Veterans Affairs (VA), not only do problems remain within the department, they may be getting worse. On average, VA patients report significantly worse experiences on six of 10 experience measures than patients at hospitals outside the system, according to an independent report commissioned by the VA. | Fierce Healthcare >>

Photographer Jason Koxvold spent three days in June at Bagram for Black-Water, a series exploring what it means to be perpetually at war in the Middle East. It includes images taken in Kuwait and elsewhere in Afghanistan, where Koxvold documented what the reduced US military footprint—down from 180,000 troops when President Obama took office to 10,000 now—looks like. | Wired >>

A Republican congressman is urging the chairman of the Joint Chiefs of Staff to immediately stop punishing soldiers who report sexual abuse of children in Afghanistan. | The Hill >>

Political disarray in Iraq appears to be undermining a critical offensive to retake Ramadi, a key city in Iraq’s Sunni heartland that was seized by Islamic State militants nearly four months ago. | USA Today >>

Shia militias backed by the Iraqi government deliberately destroyed hundreds of homes and shops in Tikrit after retaking the city from Islamic State (IS) militants in March and April of 2015, according to a report released Sunday by Human Rights Watch. | VICE News >>

Some Iraqi soldiers are abandoning their posts and joining a wave of civilian migrants headed to Europe, raising new doubts about the cohesion of the country’s Western-backed security forces in the fight against Islamic State militants. | Reuters >>

The OH-58 Kiowa was never the U.S. Army’s first choice in a scout aircraft, yet the helicopter, its pilots, and its mechanics have proven to be an unstoppable force in modern air cavalry tactics. | Task & Purpose >>

Fighter jets may soon take enemies out of the sky using laser weapons. “That day is a lot closer than I think a lot of people think it is,” said U.S. Air Force General Hawk Carlisle at this week’s 2015 Air Force Association Air & Space conference. | Fox News >>

Today, the 26-year-old Ping Medvigy, a 2007 graduate of Sebastopol’s Analy High and 2012 graduate of the U.S. Military Academy at West Point, trains to ascend Mount Everest. If she and the team of four succeed, the expedition planned for spring of 2016 will achieve several firsts. It would be the first-ever cresting of the Earth’s tallest mountain by active-duty soldiers and the first by a combat amputee. | The Press Democrat >>

During his eight years of military service, two tools helped him connect with others — his knowledge of chess and his talent for drawing, Caston said. Both can be shared without a common language and both facilitate a unique way of thinking about the world. “When I got back to the United States, it wasn’t long before I realized … there’s a war here. I hear more gunshots here than (I did) in an actual war zone,” said Caston, who also served in the Middle East. | Milwaukee Neighborhood News >>

As Quarles read story after story of homeless female vets, she said she realized that could be her–or one of the hundreds of women she served with during her 23 years as an Army and Air Force reservist and an active-duty soldier. “Whether you served with her directly or indirectly, that’s your girl,” she said. “It’s like a cousin you haven’t seen in umpteen years. That’s still your cousin. | Stars and Stripes >>

In an effort to expand the number of women and minorities in leadership positions in the military, U.S. Defense Secretary Ash Carter on Monday will endorse “Lean In” discussion groups inspired by Facebook Chief Operating Officer Sheryl Sandberg’s bestselling book. | TIME >>

An investigation has vindicated a former VA employee in Federal Way who quit after feeling ostracized for reporting that an administrator got away with falsifying records and a subordinate failed to follow up on patients’ requests for counseling. | The Seattle Times >>

The Veterans Affairs Department will be sifting through information from vendors on how they can provide technical support for a soon-to-be-launched web portal that would serve as a one-stop shop for veterans services and benefits. | Fierce Government >>