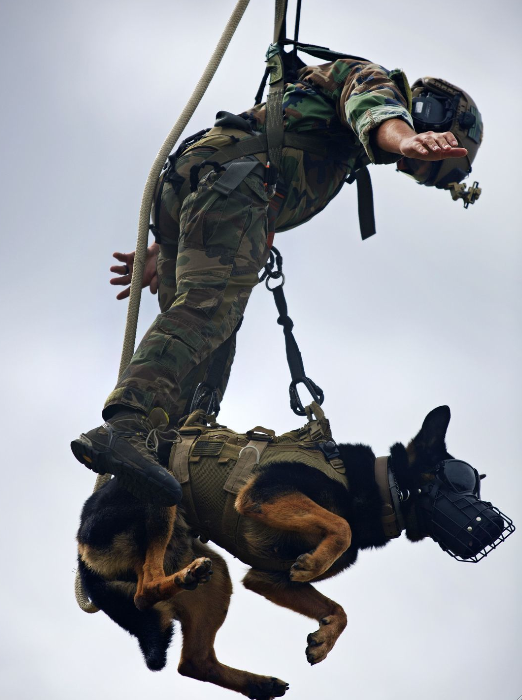 Obama nominates new Veterans Affairs inspector general
After almost two years of waiting, staffers at the Veterans Affairs Department’s watchdog office may finally be getting a new boss. On Friday, President Obama nominated attorney Michael Missal to take over as VA’s inspector general. Missal previously worked as a senior counsel at the U.S. Securities and Exchange Commission and has worked on a number of federal and congressional investigations. | Military Times >>

What’s in the Defense Bill for Military and Families?
Buried in the 1,915-page defense policy bill are significant changes that could affect more than 1 million members of the military and their families. The House has passed the $612 billion bill. The Senate is scheduled to vote this week. President Barack Obama has threatened to veto the legislation as part of a larger budget debate. | Associated Press >>

The commander of U.S. and coalition forces in Afghanistan said Monday that Afghan forces came under fire over the weekend and requested airstrikes in the vicinity of a hospital in Kunduz, correcting earlier military reports that American forces had faced fire. | Wall Street Journal >>

The medical charity Doctors Without Borders has called for an independent international investigation after its hospital in the northern Afghan city of Kunduz was bombed in a suspected U.S. airstrike at the weekend. | TIME >>

If ever there was a Taliban bureaucrat who seemed set on a less than stellar career path, it was Mullah Akhtar Muhammad Mansour. In the 1990s, he was the Taliban government’s chief of aviation while Afghanistan had few planes in the air. He also oversaw the tourism department for what was one of the world’s most sealed-off countries at the time. | New York Times >>

A series of car bombings across Iraq Monday killed at least 56 people and wounded dozens as the government continued its efforts to combat extremism across the country. The largest bombing took place in the Shiite-majority town of al-Khales in Iraq’s eastern Diyala province. At least 32 people were killed in the attack and 58 were wounded when the car bomb tore through a commercial street, a police official said. | Associated Press >>

Iraq’s most powerful Iranian-backed Shi’ite militia said on Monday it would welcome Russian air strikes on Islamic State militants in the country, in comments likely to raise American concern over Moscow’s growing influence in the Middle East. | Reuters >>

Seventy members of a Sunni Arab tribe opposed to Islamic State (IS) have been killed by the jihadist group in western Iraq, a tribal elder says. Sheikh Naeem al-Gaoud told the BBC that members of the Al Bu Nimr tribe were shot dead in the village of Khanizir, in Anbar province, on Sunday night. | BBC >>

The United States and six other nations kicked off a five-day naval exercise Monday aimed at combating piracy and other crimes in Southeast Asia’s heavily trafficked waters. | Stars and Stripes >>

As NASA contemplates a manned voyage to Mars and the effects missions deeper into space could have on astronauts, it’s tapping research from another outfit with experience sending people to the deep: the U.S. Navy submarine force. | CBS >>

Online sociology junior Devin Mitchell found himself in that bathroom for his viral social media project, the Veteran Vision Project, which explores before and after shots of veterans looking in mirrors to show what it’s like to re-enter society after service. | The State Press >>

Upon returning home to recover, Lansford was paired with Gabe, a then two-year-old Golden Retriever who had recently graduated from the Warrior Canine Connection. The WCC is a nonprofit that pairs wounded warriors with support dogs, who help their brave best friends improve their symptoms of post traumatic stress disorder. This past weekend, Gabe had his paws full with an entirely new slew of responsibilities, serving as the best man in Lansford’s wedding to longtime girlfriend, Carol Balmes. | ABC News >>

The gulf between the distinctive cultures of academia and the military can look pretty wide. Not to Amber Mathwig, though. “I don’t see this humongous gap,” said Mathwig, who just started work as UNC-Chapel Hill’s first ever Student Veteran Assistance Coordinator. “It’s more of an adjustment period that tends to create some hurdles for people.” | WUNC >>

U.S. Senator Jon Tester (D-MT) has opposed a Veterans Affairs funding bill that he believes will under-fund the VA by almost $1 billion due to sequestration. He says this will threaten the care and services that veterans have earned from their service and that the cuts would also undermine the reforms to the VA that Congress passed a year ago. | KPAX 8 >>

U.S. Senators Tom Udall and Martin Heinrich have announced that they have secured $5,741,388 to cover the full cost of construction for a veterans cemetery near Fort Stanton. Currently, the state has only two veterans cemeteries — located in Santa Fe and at Fort Bayard — and many veterans and their families have to travel a great distance to honor loved ones. | Los Alamos Daily Post >>

A California agency is working closely with gay and lesbian veterans to help them overcome problems they are having in getting promised federal benefits. Some LGBT veterans are not coming forward to fight for federal benefits because of the bad experiences many have had while in the service during the era of “Don’t Ask, Don’t Tell,” and even since then as well. | KFBK NewsRadio >>